In March 2019 I unexpectedly received a message from the marketing team of a company called K&F Concept, who specialise in the design, research, manufacturing and marketing of photographic accessories. The brands' commercial manager told me "We've been following your photography and tracking your images for some time, and we would like you to review some of our products. We believe your professionalism in this field would greatly help us to build up our brand in the UK and beyond". 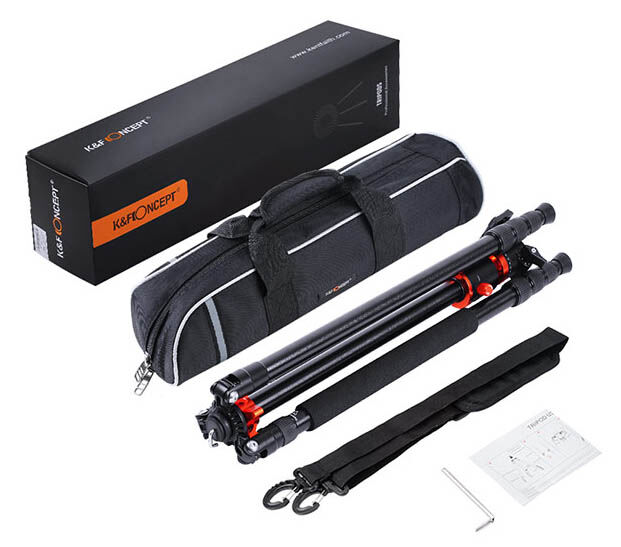 My aim is to deliver a personal and honest review on the products that I was asked to test. My intention for the tripod would have particular focus on stability and versatility however, in order to evaluate the tripod's performance, I would need to go out on location. I'd already seen some reviews on this product which were both encouraging and positive. As you would expect from K&F Concept, their packaging is superb and clearly a high priority; the padded carry case c/w strap is certainly going to protect your tripod from damage whether out on location, in the boot of your car or on overseas travel. It's fair to say over the years as a photographer, 99% of my images have been taken on a tripod, so I regard this as a key piece of equipment and your style of photography should always be considered when choosing the correct tripod, thus making reviews very helpful in your decision making.

Behind the Scene Birkenhead Docks 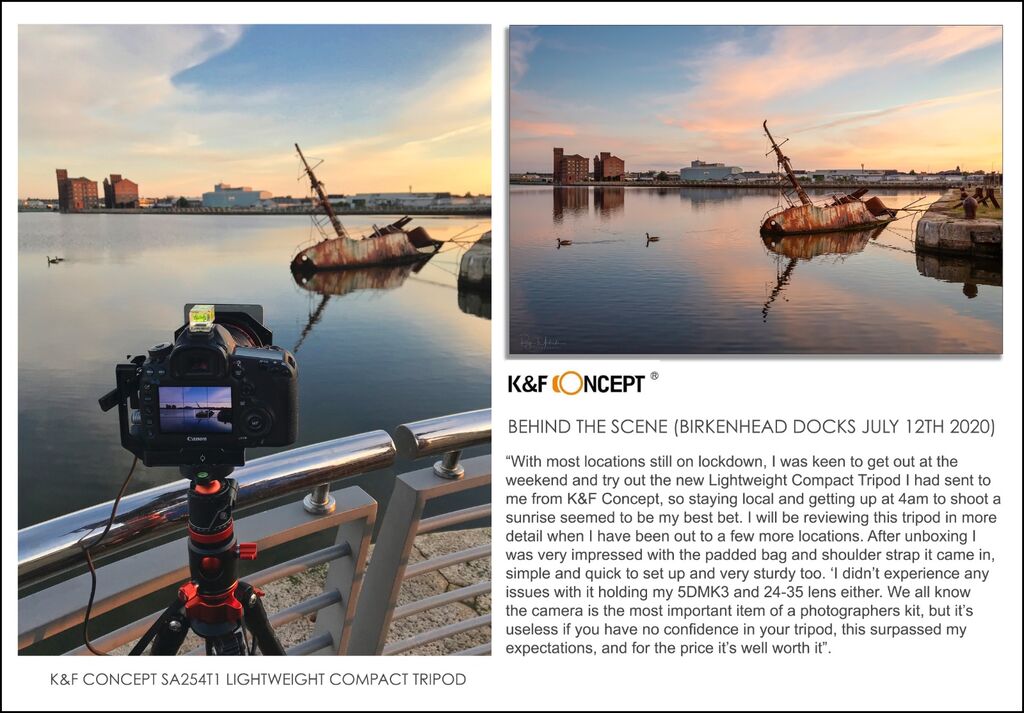 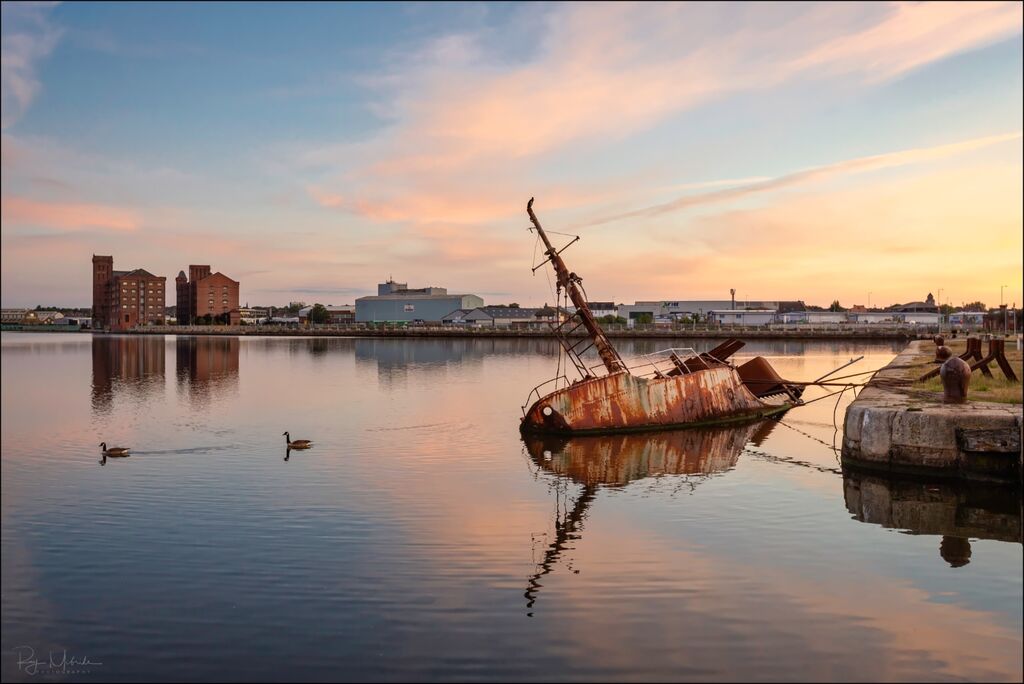 Living by the sea has had a big influence on my style of photography, we have boats, lighthouses, sea defences, wind farms to name a few. One of my favourite spots is Meols Beach, which is situated a few miles along the coast on the Wirral Peninsula. It's home to around 2 dozen boats in the summer months and easily accessible on a very low tide or if you want to follow the tide out. This is a perfect place to try out the tripod! Most of my boat images are taken in portrait and the tripod must be very low down (with the camera close to the water). This gave me a chance to convert the tripod with the centre column arm located on a rotatable horizontal axis, a very nice touch and will come in very handy on future shoots at this location. 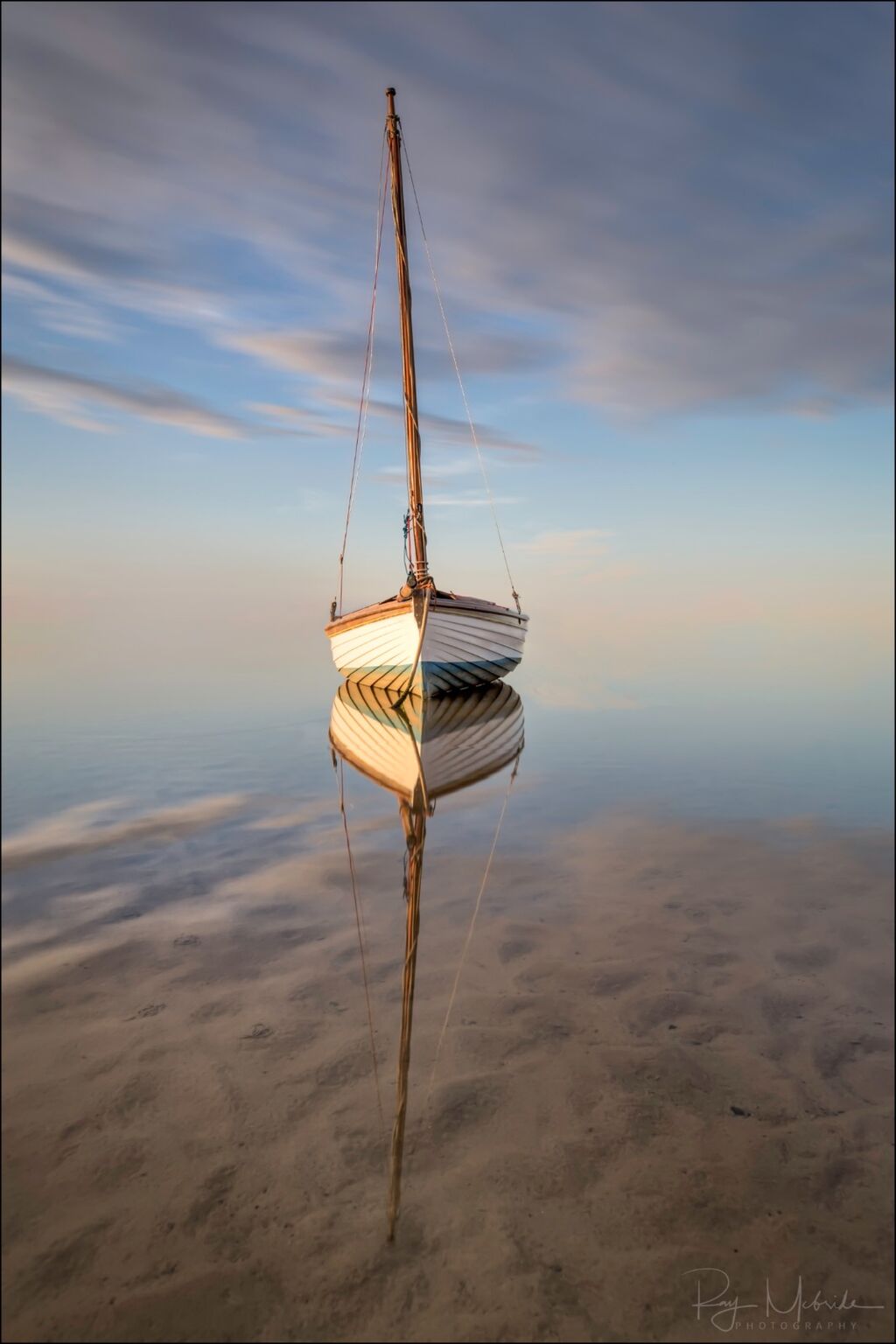 This is an image which I've recreated specifically for this blog. I originally captured this same boat a year ago and I received some great feedback. I've named the image "Isolation" which I feel is perfect for the circumstances we are living in at the moment. (12/7/2020)

As I briefly mentioned above, setting this tripod up on a rotatable horizontal axis was an ideal situation for this image, it handled a Canon 5DMk3 c/w 16-35 lens adequately, the horizontal arm has a clear mark located on it so you are advised to lock the arm and not pull the arm any further which may cause your camera to topple over with the weight. 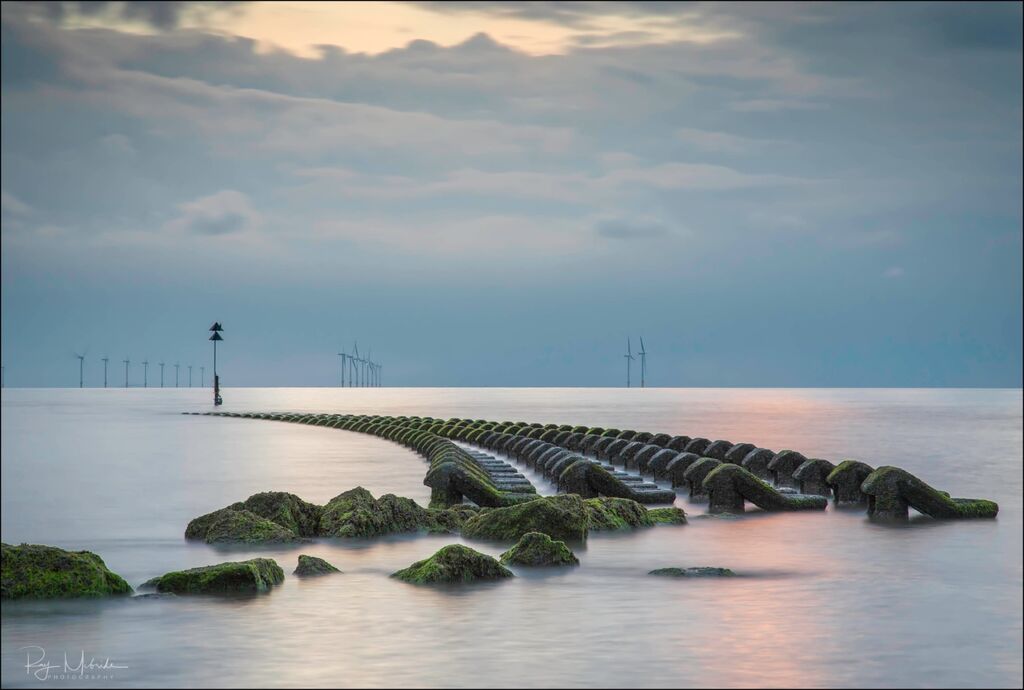 Situated in New Brighton these breakers / sea defences are very popular with photographers, and it's ideal for me as it's only a 3-minute walk from my house. This particular view of them is in what I call a 'letter Y shape'. This is the curved branch off point which shows Burbo Bank wind turbines on the horizon, if you catch a low incoming tide (say 7 metre) you don't have to worry about the tide coming in behind you. The tripod set up was simple, with this model I felt 2 leg adjustments was adequate for the height, with the flexibility to raise the top centre column if you need a further adjustment. Like most tripods, the third leg adjustment is thinner and therefore decreases the stability. Taking long exposure images becomes challenging if you don't secure the tripod into the sand, lowering the bottom legs to around 6 inches was sufficient to act as spikes in the soft sand.

Behind the Scene Meols Beach 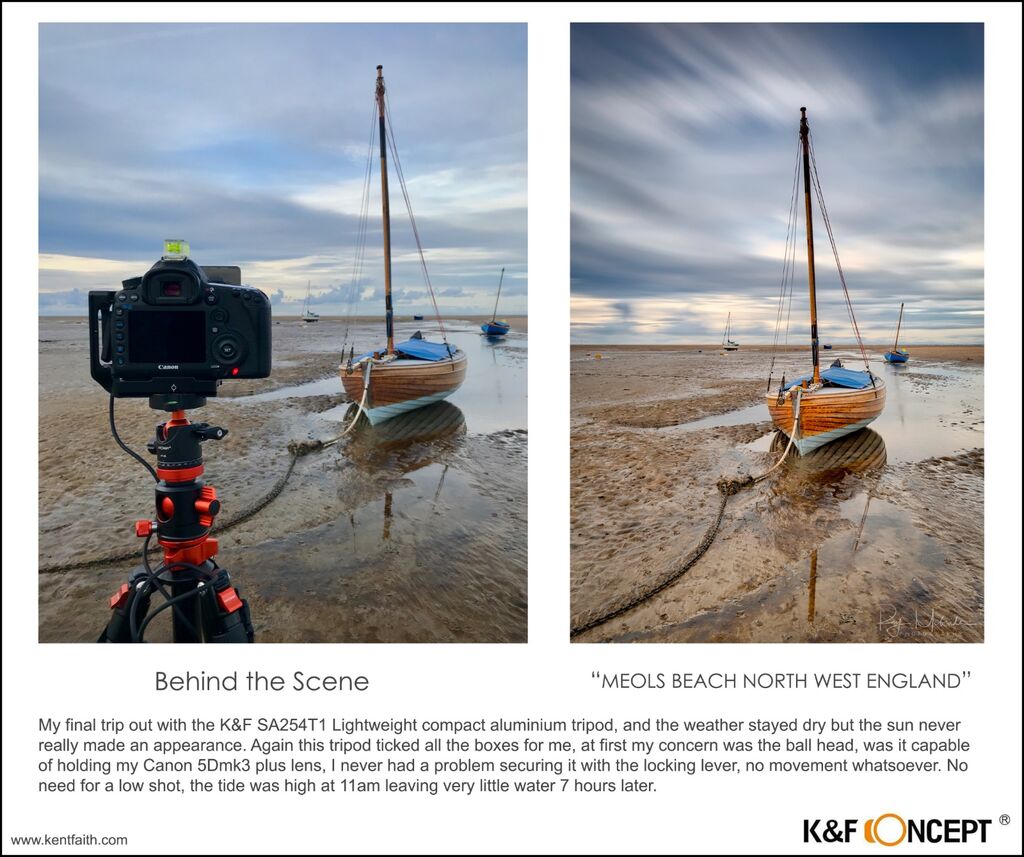 Behind the Scene Liverpool Waterfront 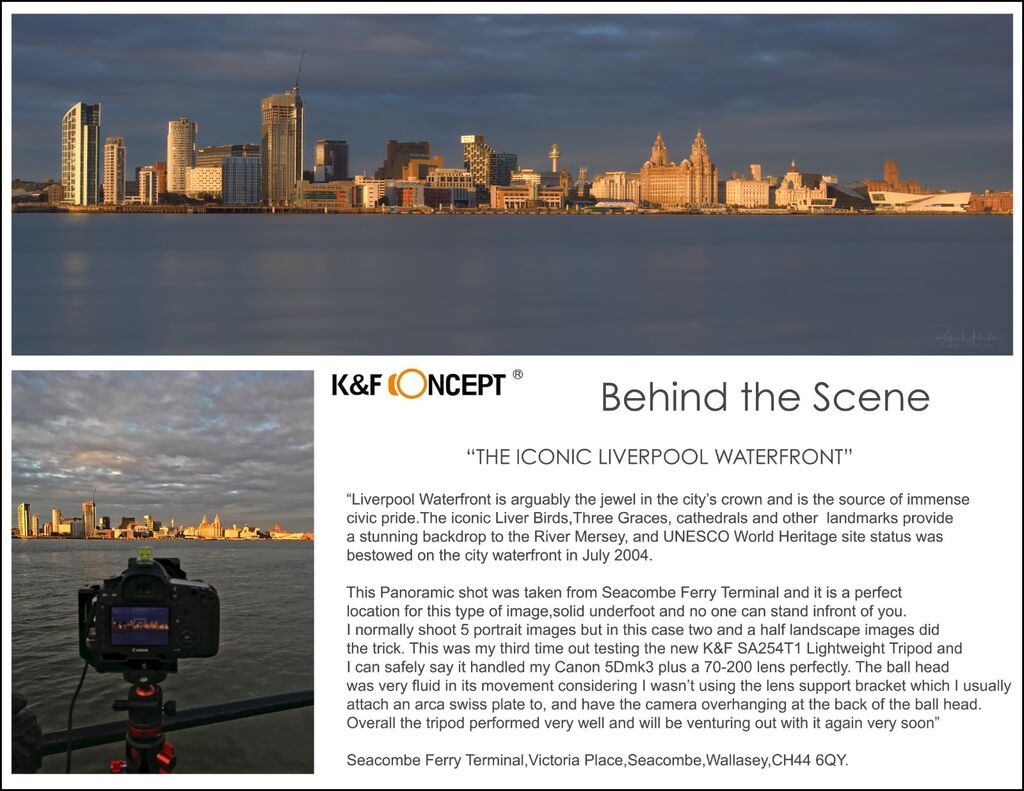 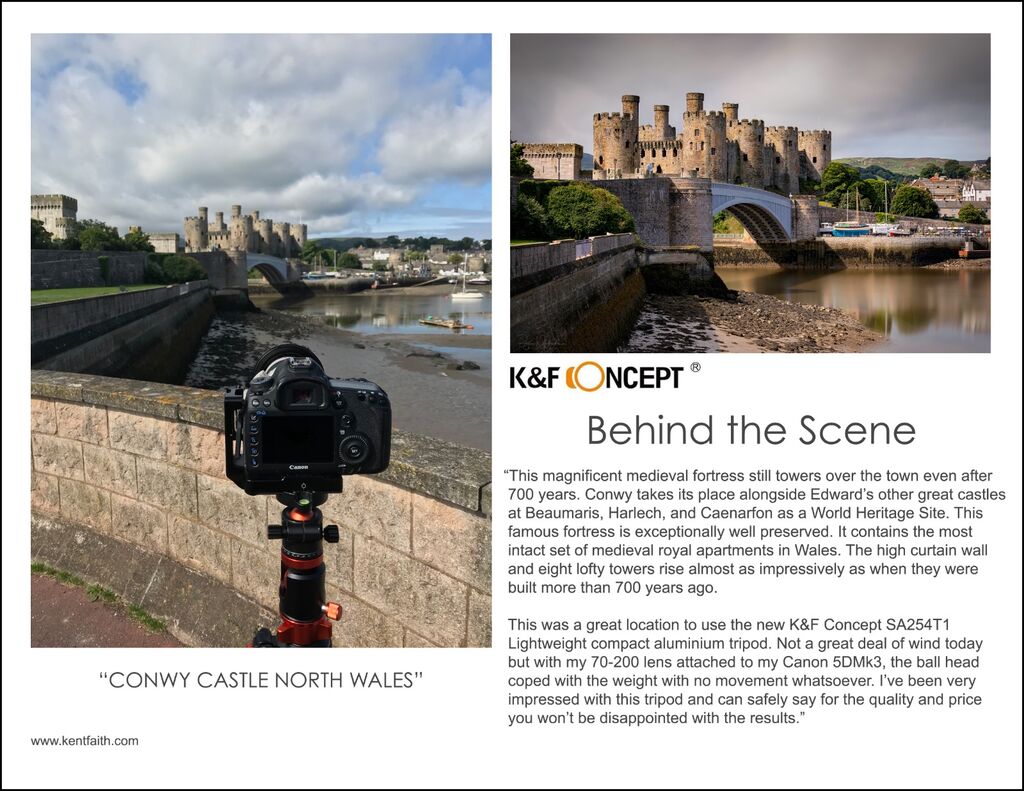 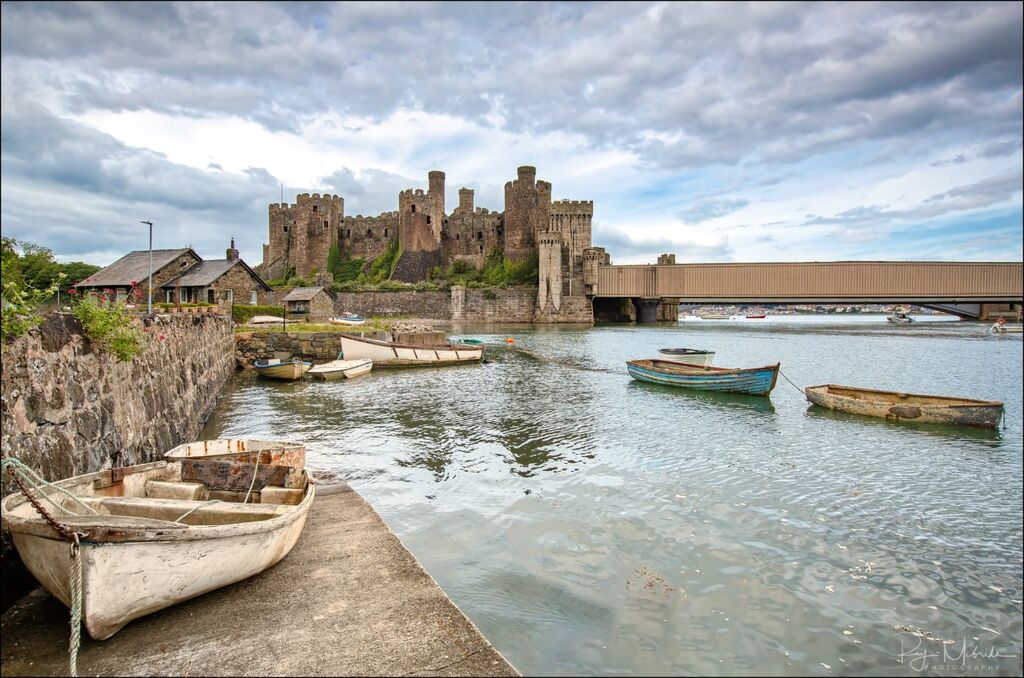 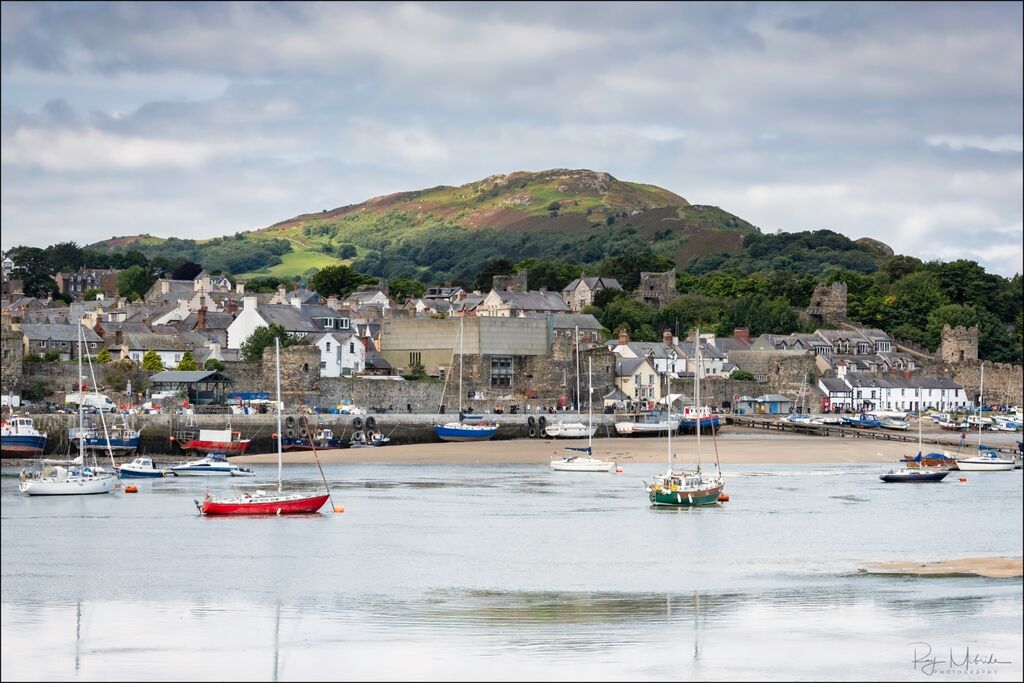 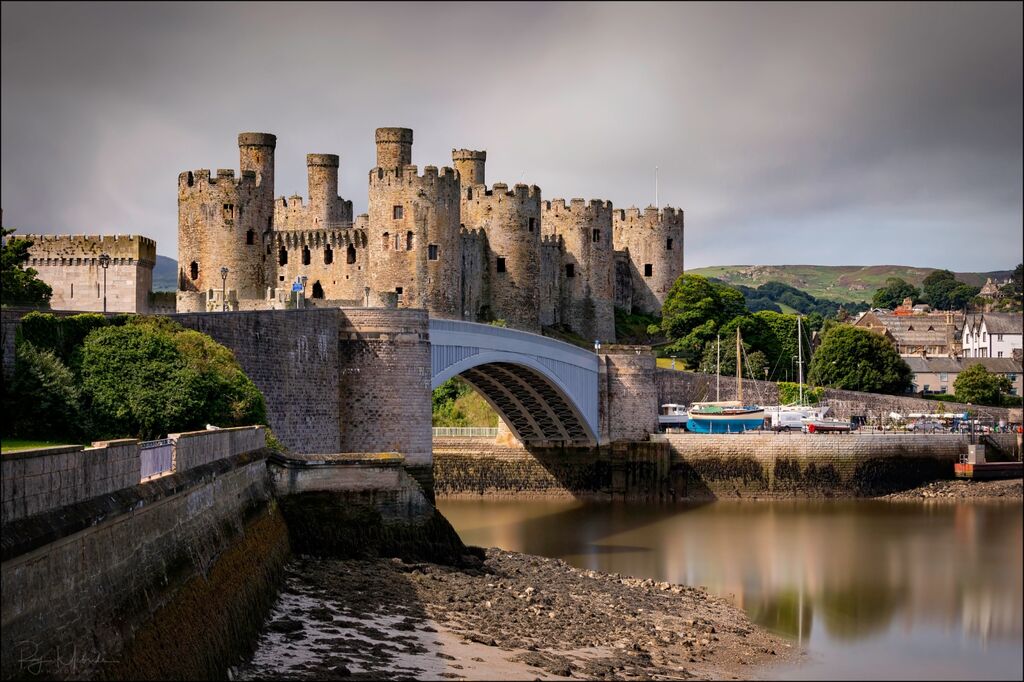 Conwy Castle is one of my favourite castles to photograph, and with the lockdown only just starting to ease in North Wales I thought it would be a good place to try the tripod out again. I am delighted with this tripods performance and look forward to using it on many more shoots.

Behind the Scene Patterns 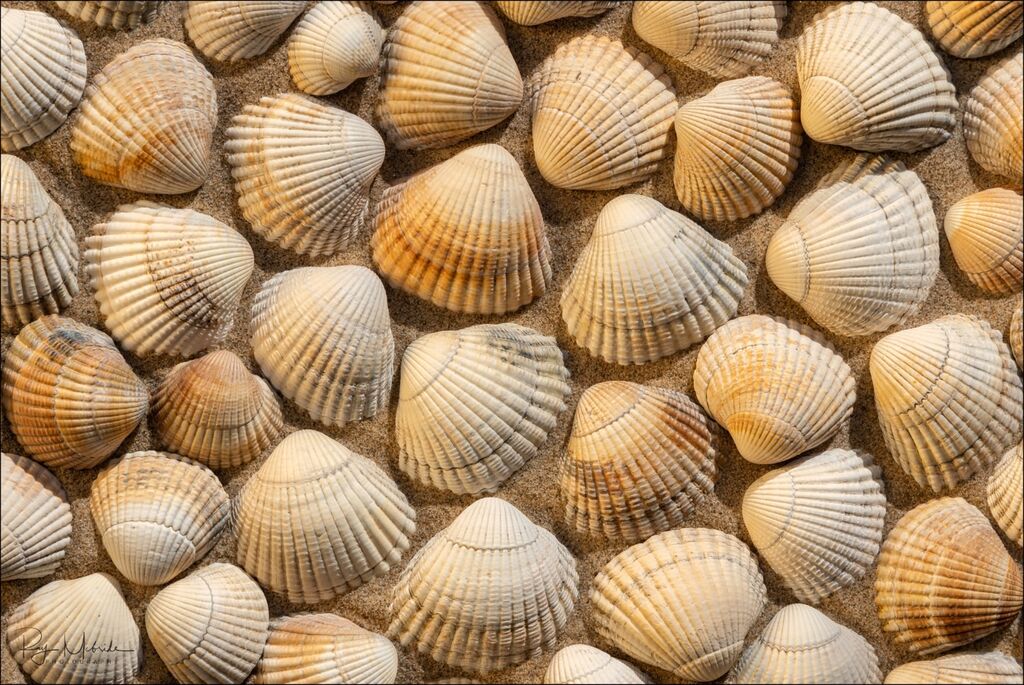 I must give credit to one of my favourite photographers (Bryan Peterson) as his inspiration provided the idea for this image. It's an incredibly simple composition yet so effective. In our house, we have a strong seaside theme and my wife would like a canvas of these shells for the bathroom. 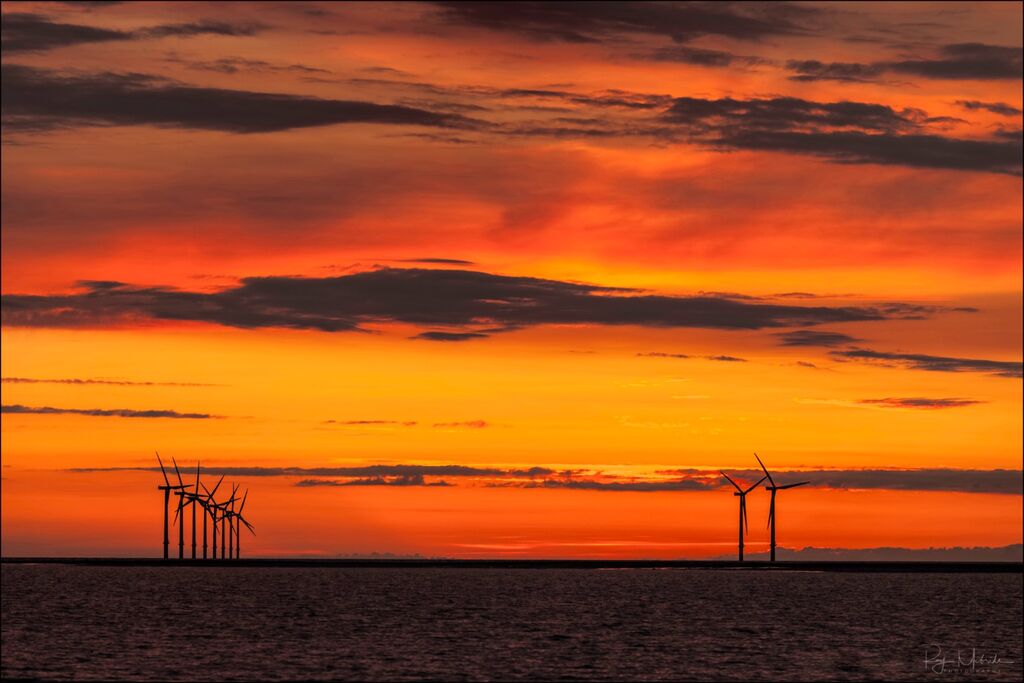 Sunset's don't come much better than on the North West Coast of England, looking out of my window last night I was amazed by the colours in the sky, so I grabbed my gear and walked over to the waterfront to witness an amazing array of colour appearing on the horizon. The tide was on its way in so I couldn't walk out too far, there was quite a breeze too, so after setting the tripod up I attached my bag onto the hook on the end of the centre column to keep the tripod steady. Again only using two adjustable sections, the third section around six inches of it was pushed into the soft sand. 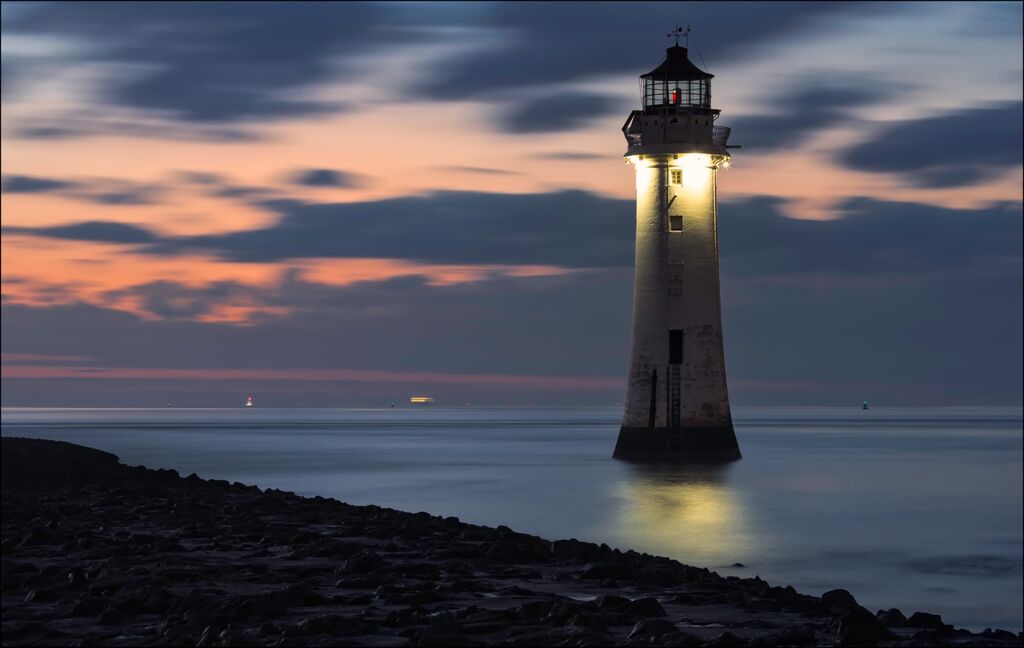 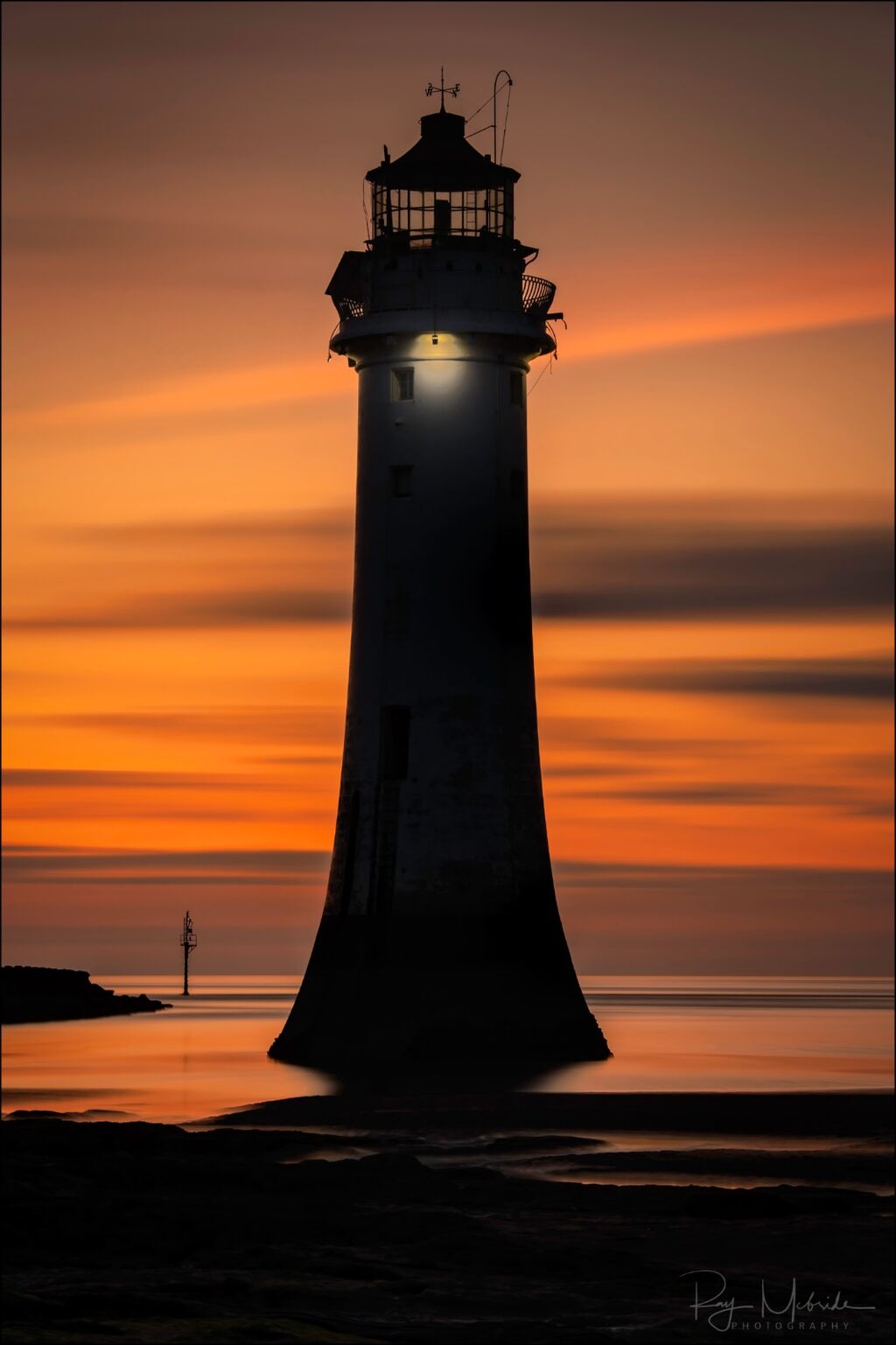 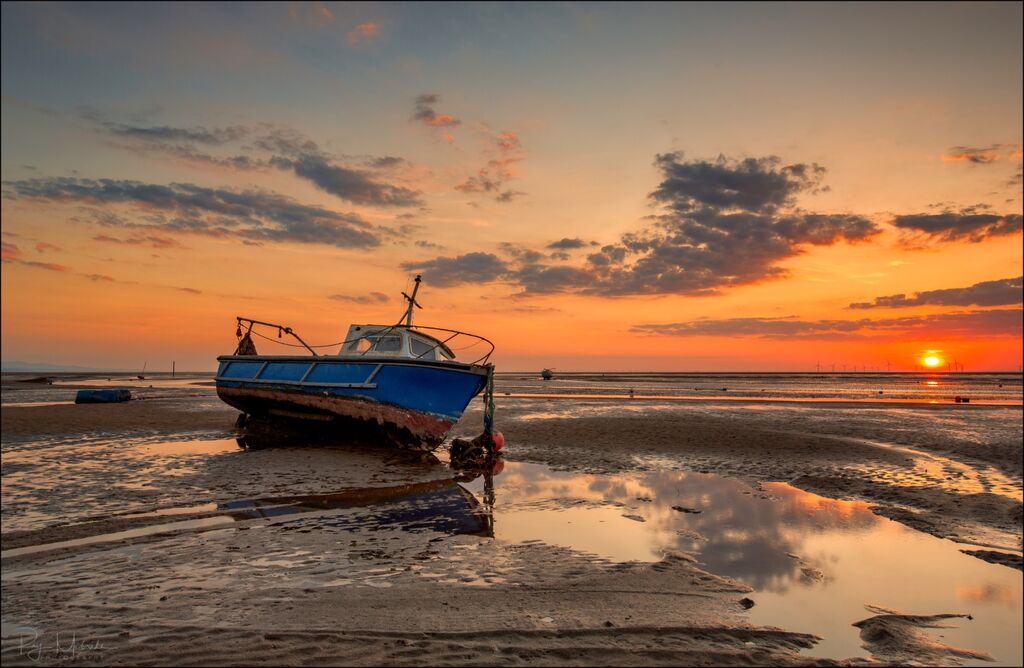 Displayed above are a number of images I have taken with this tripod. Currently, Iv'e only been able to produce local images due to the pandemic. However it's still a great opportunity to accomplish local shots which I feel are of a high standard. There are a number of features which I haven't covered including the ability to detach one of the legs and remove the centre column and turn it into a 98.4inch Monopod, which would be great for sports photography. 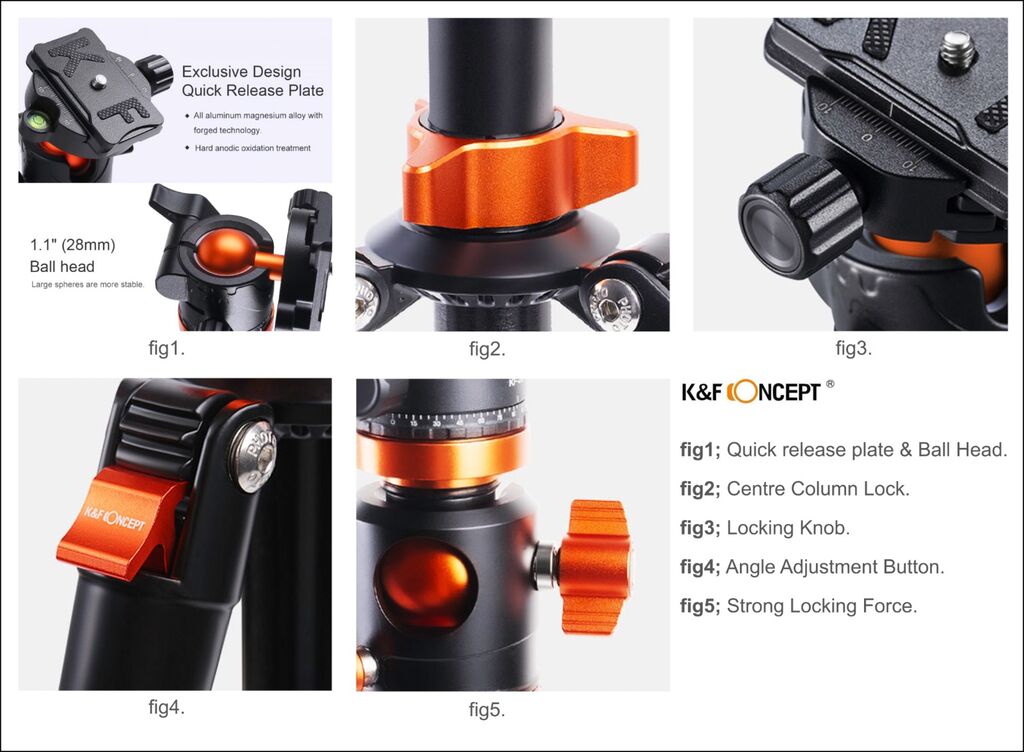 You may think 'here we go' another review by someone who has received some free gear. However I'm now using the brand myself and I'm looking forward to working alongside K&F Concept. I'll be setting up some workshops with the products allowing you to try them, so you can judge for yourself on the quality, style, design and performance....... and there won't be any hard sales pitch either! Finally, I'd like to thank K&F Concept and their marketing team for their interest in me and overall support.
Previous
Next
Next
Previous