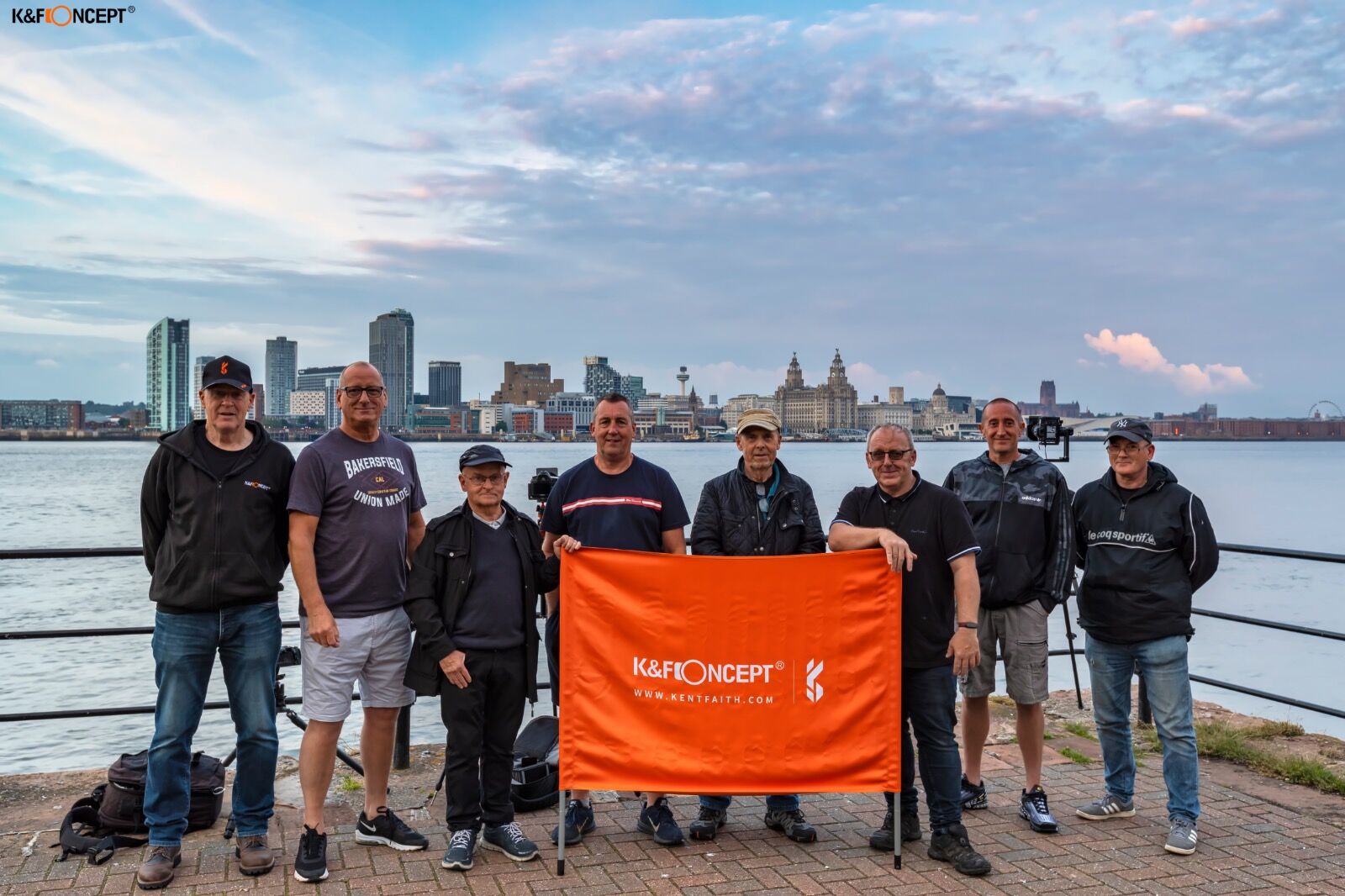 I have been collaborating with K&F Concept for close on 2 years now and hopefully we will have many more years to come. The workshop idea was put forward to them and they were delighted with what plans I had put in place, the banner was made complete with t-shirts and caps. What to expect if you attend one of these workshops, well the venue is chosen by myself and if tides are involved I make sure that the times are correct and it is safe to venture out. With the uncertainty of the pandemic I have stayed local photographing along the UK North West Coast and Merseyside, hopefully I can take these workshops a bit further in the coming months. These workshops are supported by K&F Concept and all I ask for is a bit of social media coverage on our Facebook Community Group, ie; photos etc, plus the group banner image at the event. I do use the K&F Concept gear on these shoots, so if you want to try out a tripod or filter etc, I will have them with me, no hard sales talk I promise.

The Iconic Liverpool Waterfront (Taken on the July 2021 workshop)

Three Graces. Two Liver Birds, One iconic skyline. It can only be the Liverpool Waterfront.
The Liverpool Waterfront is one of the most stunning parts of the city, it’s the image you get in your mind when you think of Liverpool. Stand in the middle of Pier Head and look up at the iconic Royal Liver Building, turn around to cast your eyes over the famous River Mersey and look to the left to see the Royal Albert Dock, you’re surrounded by history!

The above image was taken from Seacombe Ferry Terminal, my preferred meeting point for this workshop, easy to park and you step out of your car and this view is directly in front of you. All directions and postcodes are listed on all workshops.

This is also a perfect location to photograph the cruise ships which visit Liverpool all year round, particularly more interesting when the winter months come and they don't leave until around 10-30pm, the Cunard ships and the Disney Magic treat us to a firework display when they are about to leave. 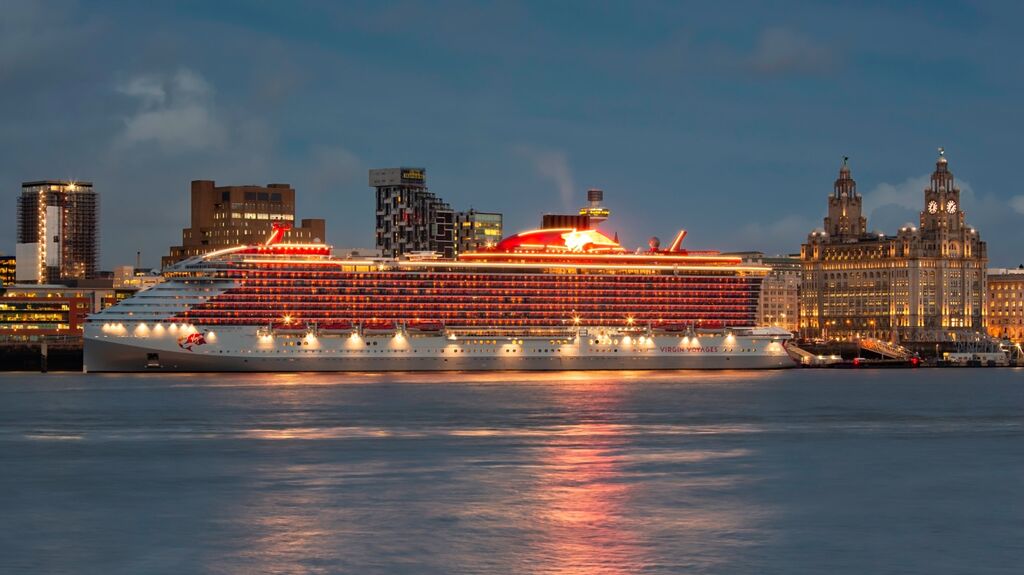 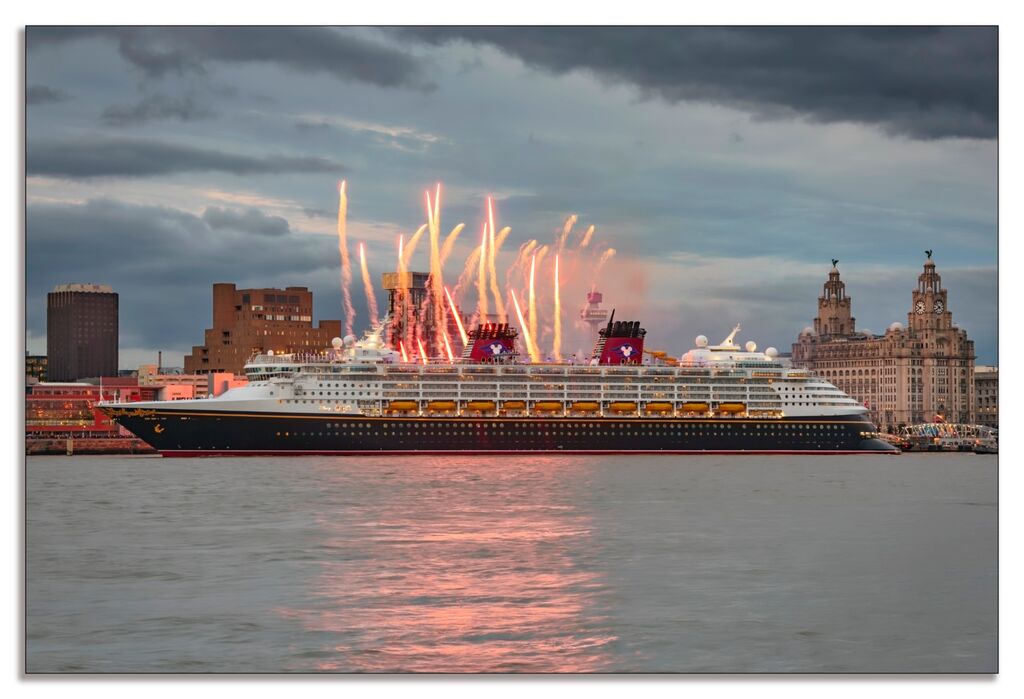 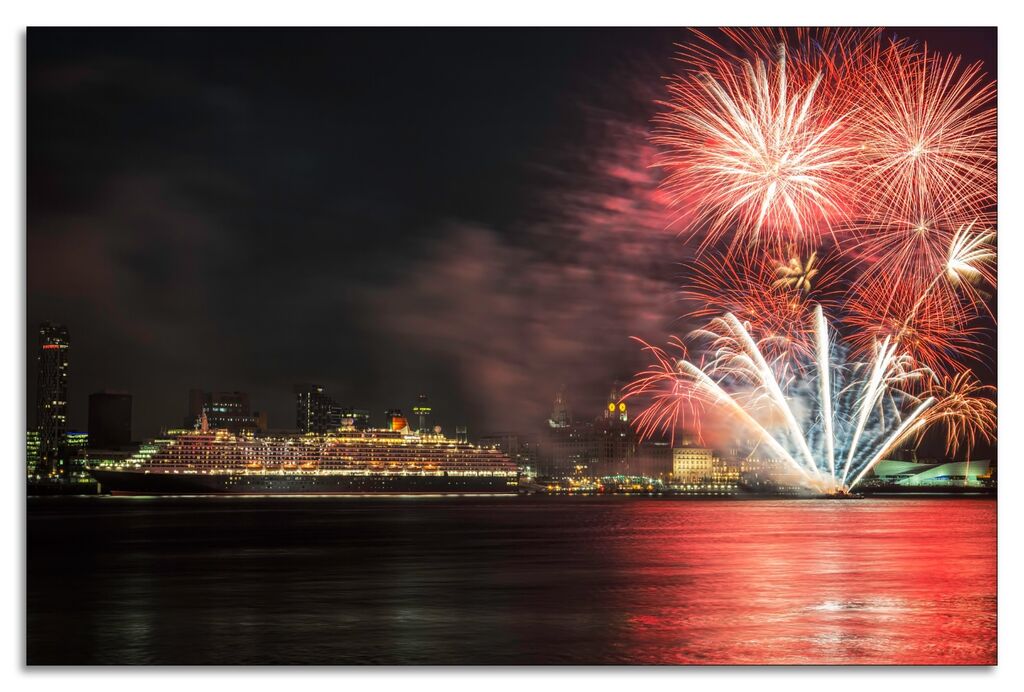 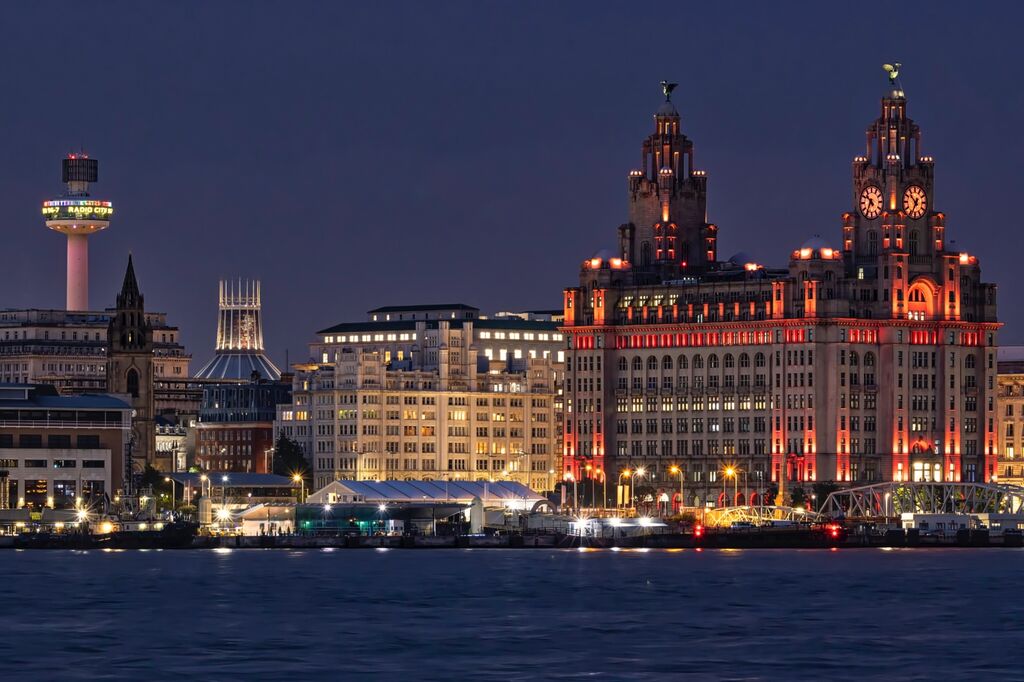 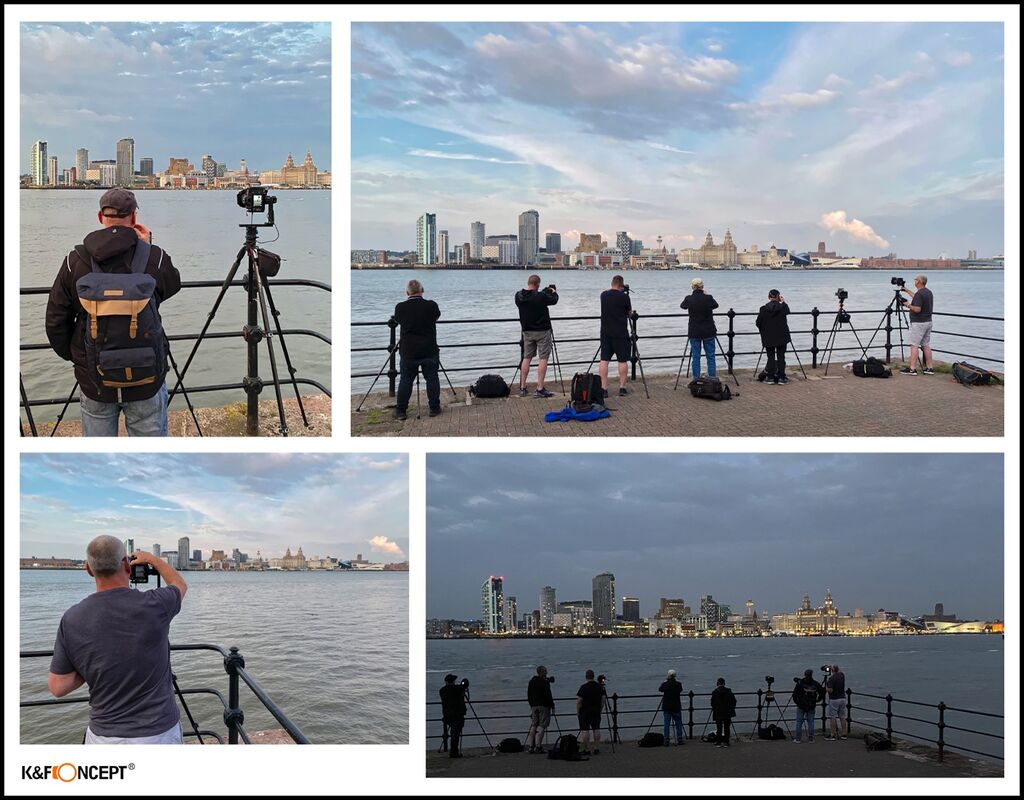 (Phone images waiting for the waterfront to light up) 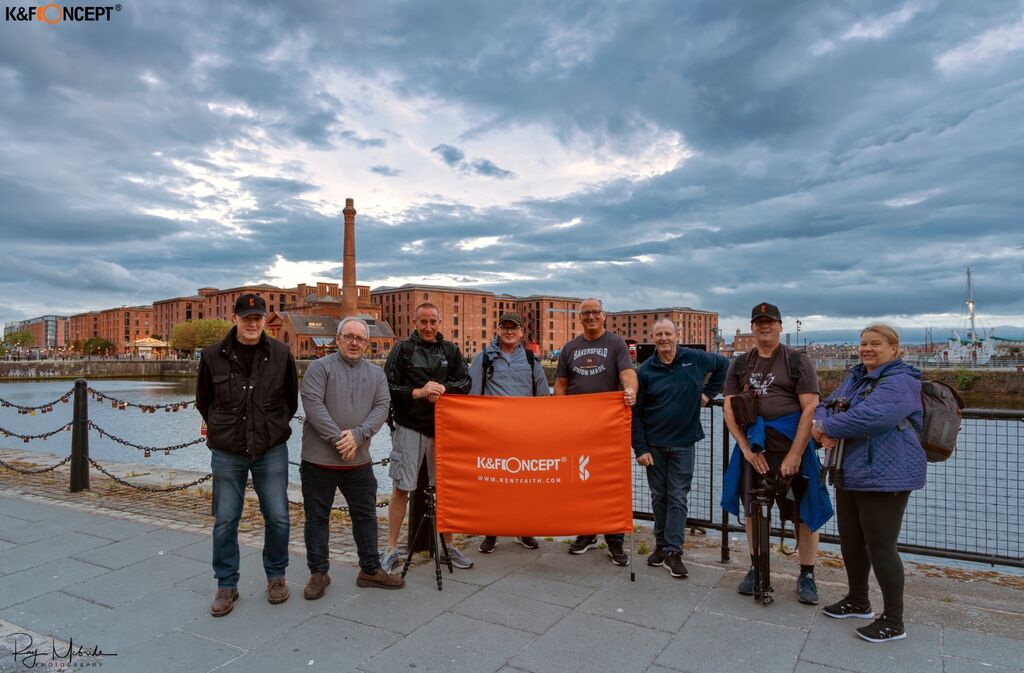 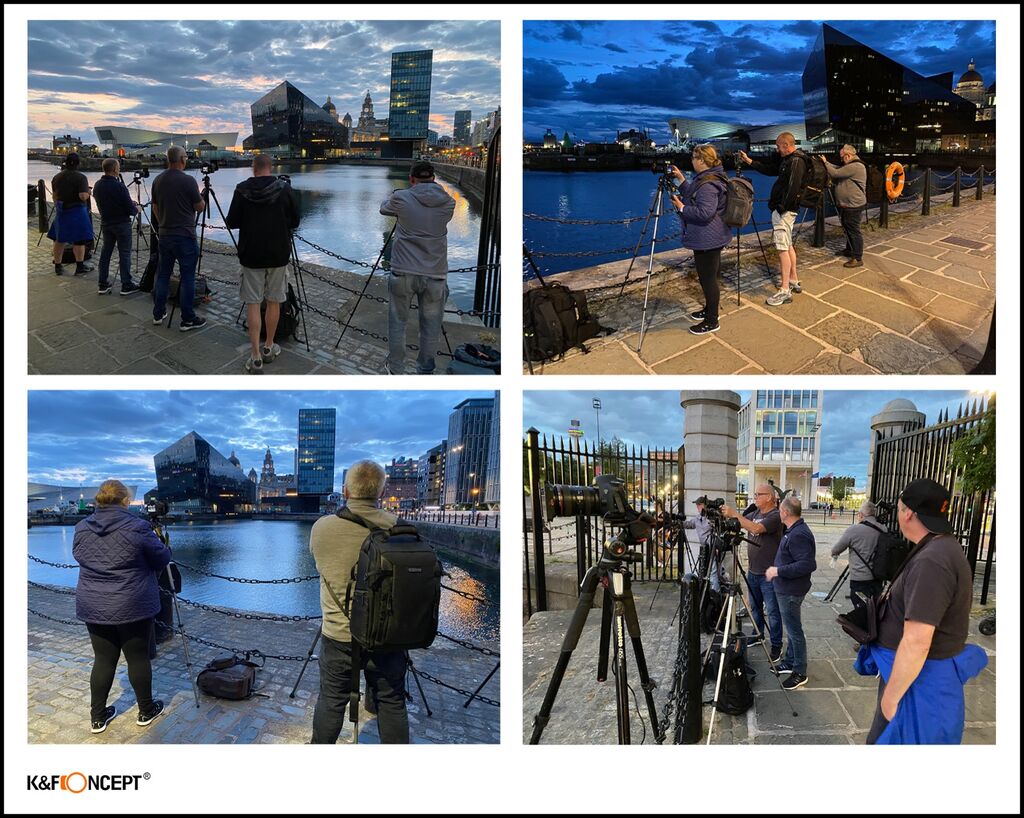 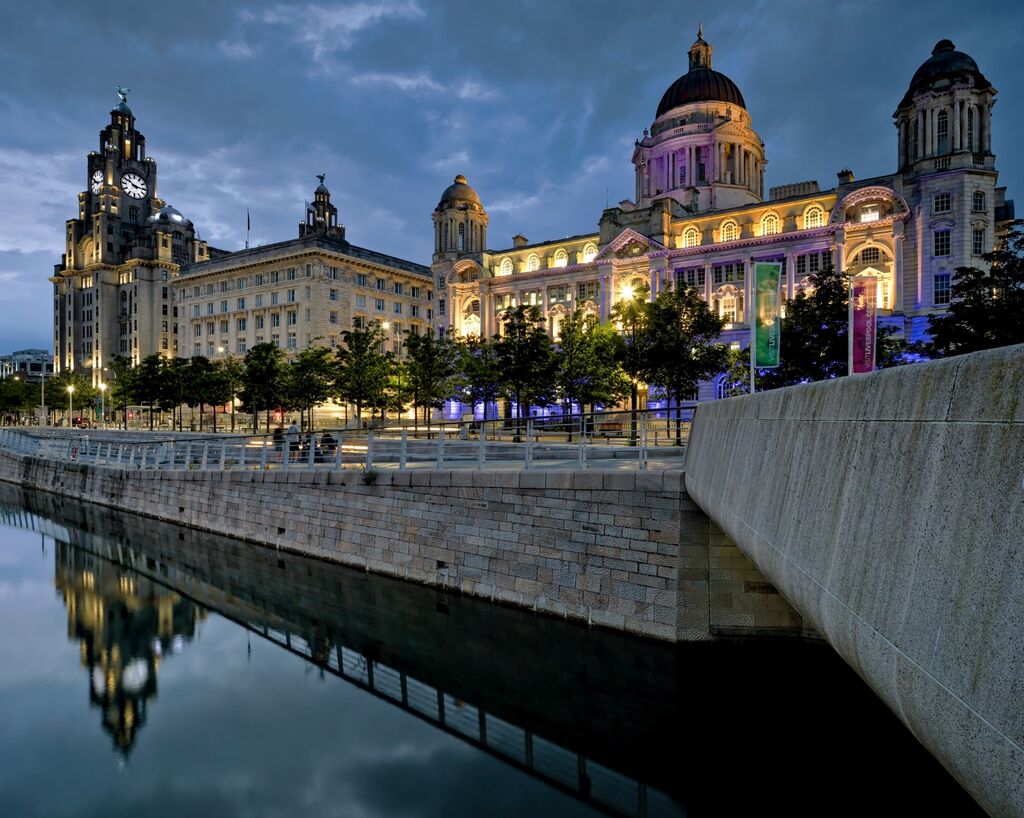 They define one of the most beautiful skylines in - well we’d say the world - the Three Graces consist of the Royal Liver Building, The Cunard Building and the Port of Liverpool Building and they situate themselves on Liverpool’s Pier Head.

These majestic buildings were conceived and constructed as visible symbols of Liverpool’s international prestige, proud emblems of its commercial prowess.

The Royal Liver Building the jewel in the crown, adorned by two Liver Birds, is the city’s signature landmark. The Liver birds are the city’s emblem and you’ll find them dotted across Liverpool’s precious architecture. 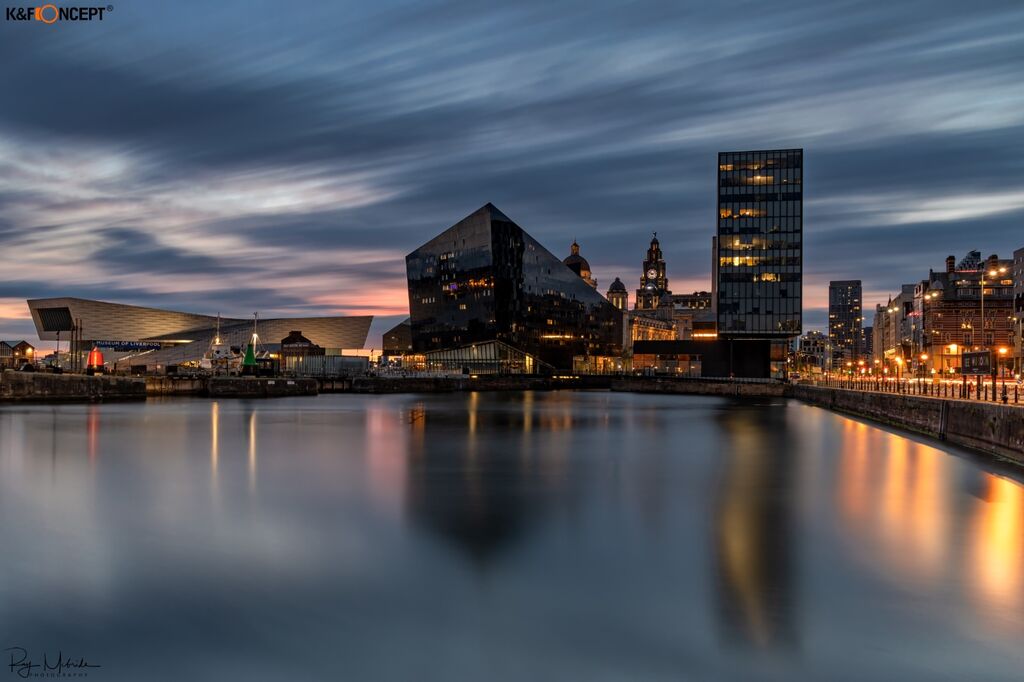 Along with the Albert Dock and others in the immediate vicinity, Canning Dock was abandoned as a commercial shipping facility in 1972 due to the rising cost of dredging and falling numbers in traffic. It was restored in the 1980s and provides access to the Canning Graving Docks, which are part of the Merseyside Maritime Museum. 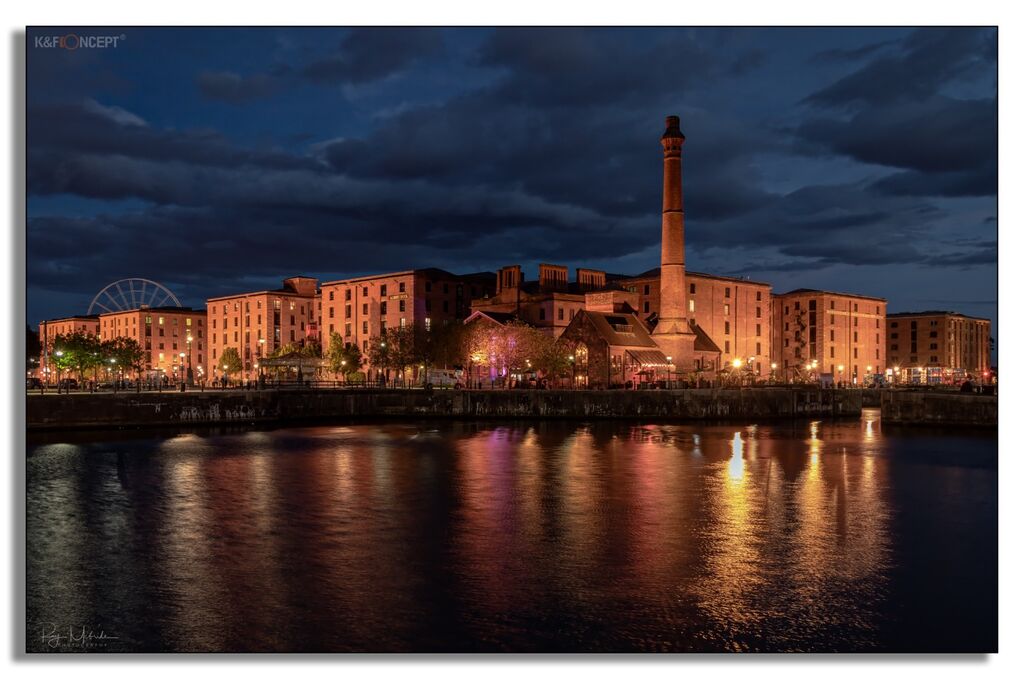 You won't have visited Liverpool without seeing one of the most distinctive buildings on the Albert Dock - The Pump house.
Not only are visitors greeted with a stunning building and gorgeous architecture to look at, but this pub is family friendly and there are awesome views of the Mersey too. 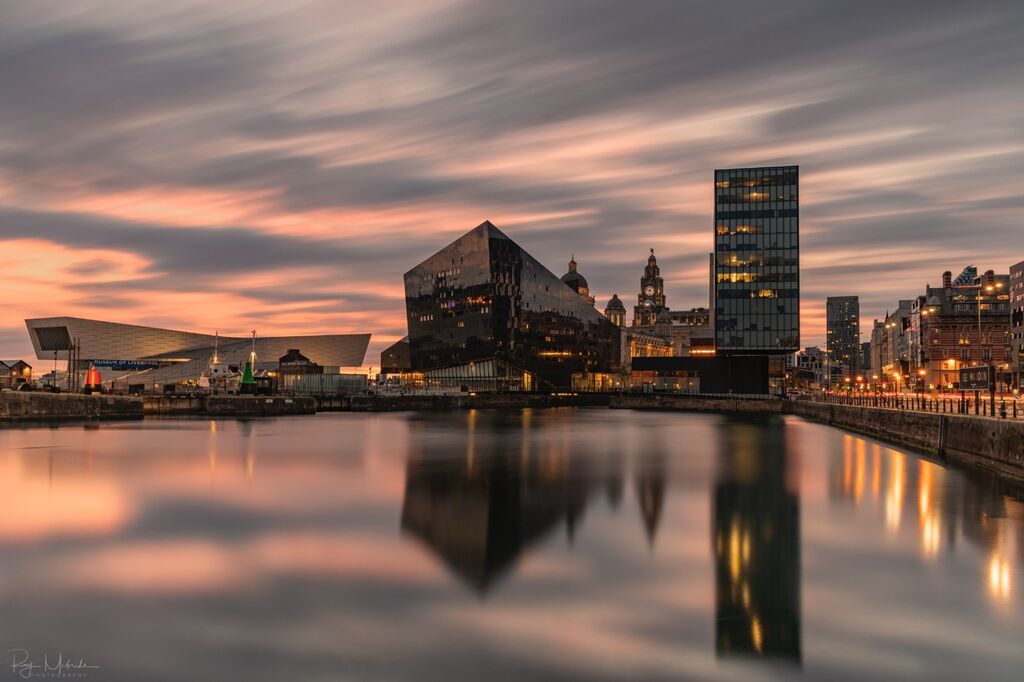 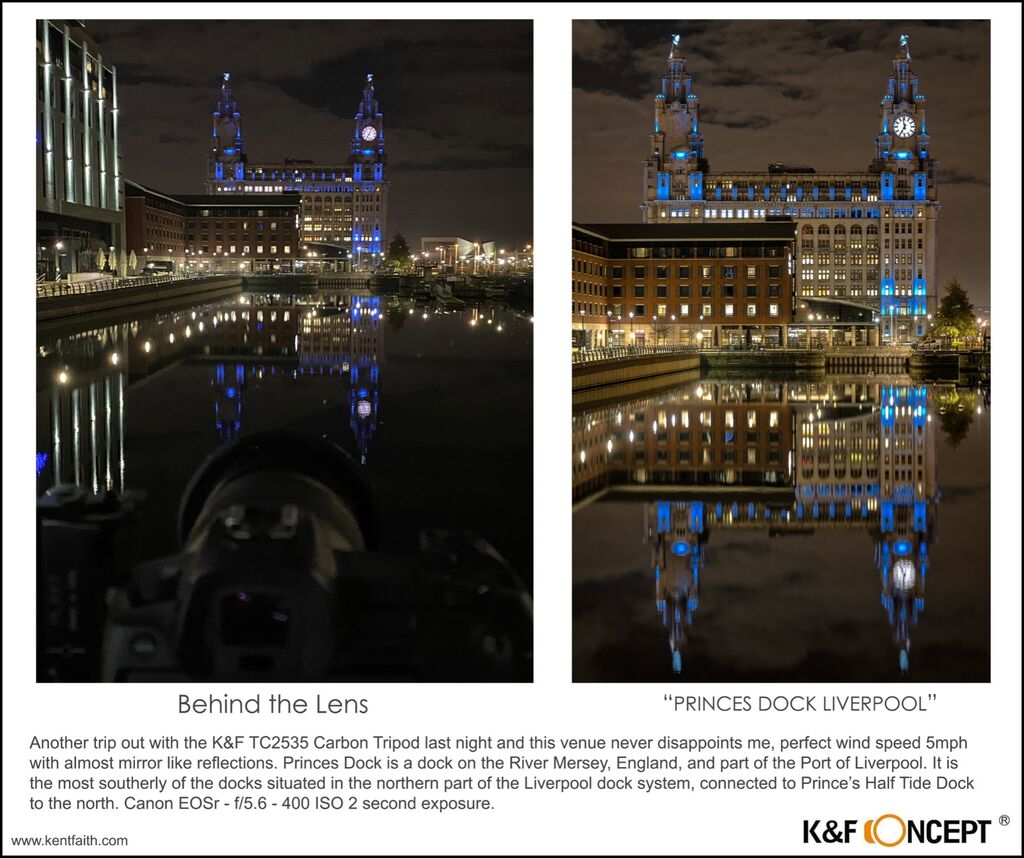 (Princes Dock Behind the Lens) 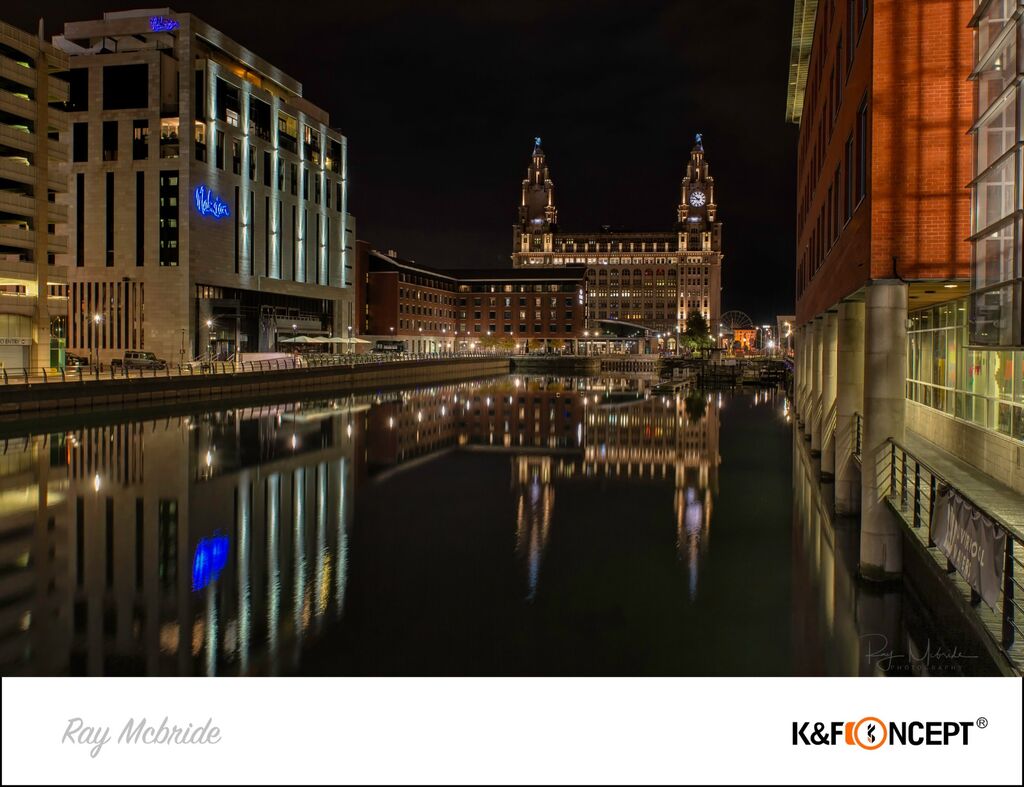 Already an integral part of the Liverpool Waterfront, Princes Dock is the first phase of Liverpool Waters and is located adjacent to the iconic Royal Liver Building. With panoramic views of the River Mersey, Princes Dock is an established world-class business destination and leisure complex, located in the heart of the city.
This neighbourhood also provides residential buildings, an array of on-site amenities, a multi-storey car park, and leisure facilities which includes the Malmaison and Crowne Plaza hotels and Liverpool International Cruise Liner Terminal. 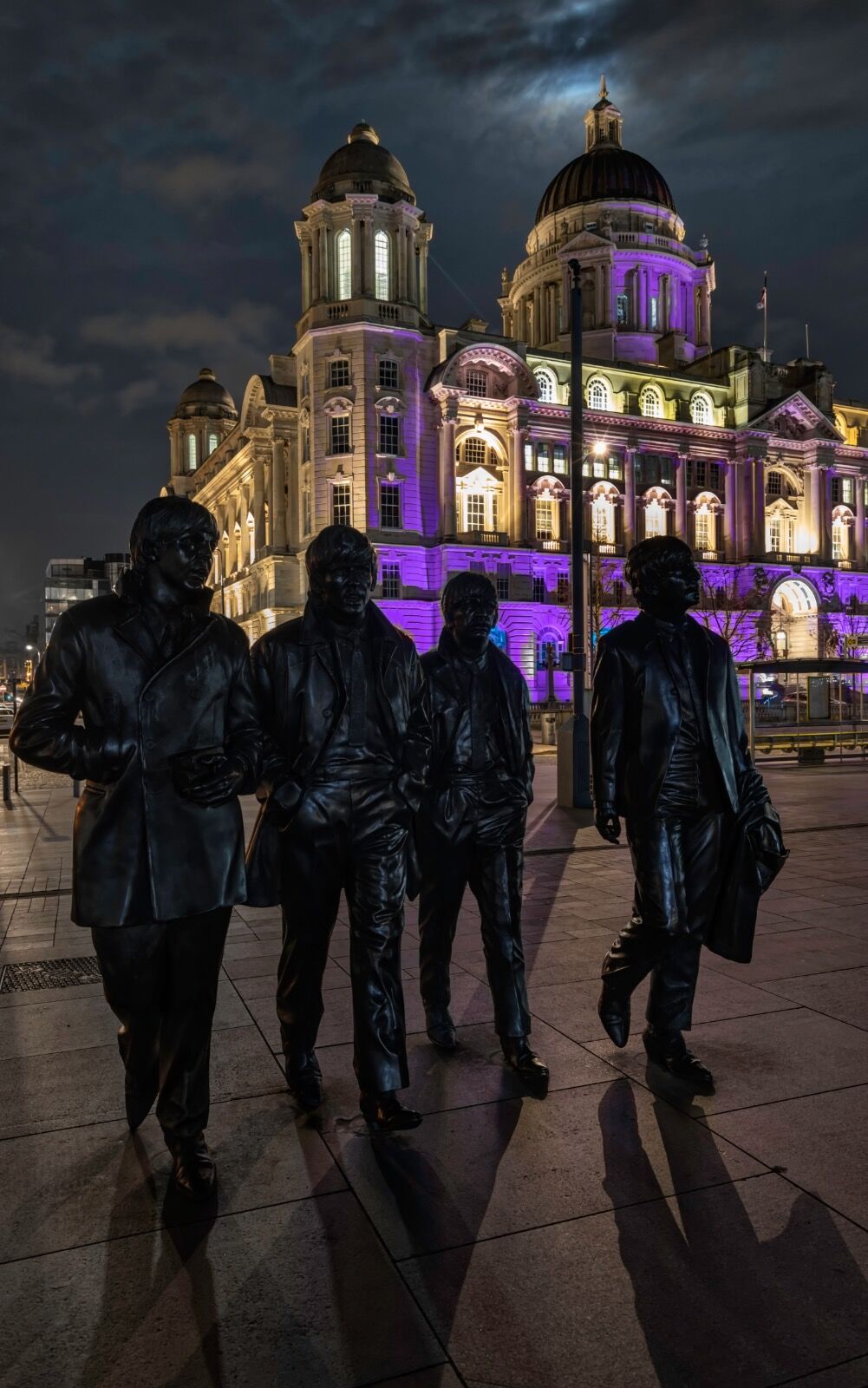 An iconic statue of the Fab Four, in their hometown. The Beatles Statue arrived on Liverpool's Waterfront in December 2015. Donated by the famous Cavern Club, the placement of the statue coincides with the 50 year anniversary of the band's last gig played in Liverpool, at the Liverpool Empire Theatre. It's the city's most popular selfie spot!

The figures are larger than life size and weigh 1.2 tonnes in total. They were sculpted by Andrew Edwards who also created the All Together Now Christmas Truce WWI statue.

Take a walk through Liverpool ONE, and you might see where the inspiration for the statue came from.

Look out for the attention to detail, such as an 'L8' on the bottom of Ringo's shoe and the acorns in John's hand, cast from the ones that were picked up outside the Dakota building in New York. 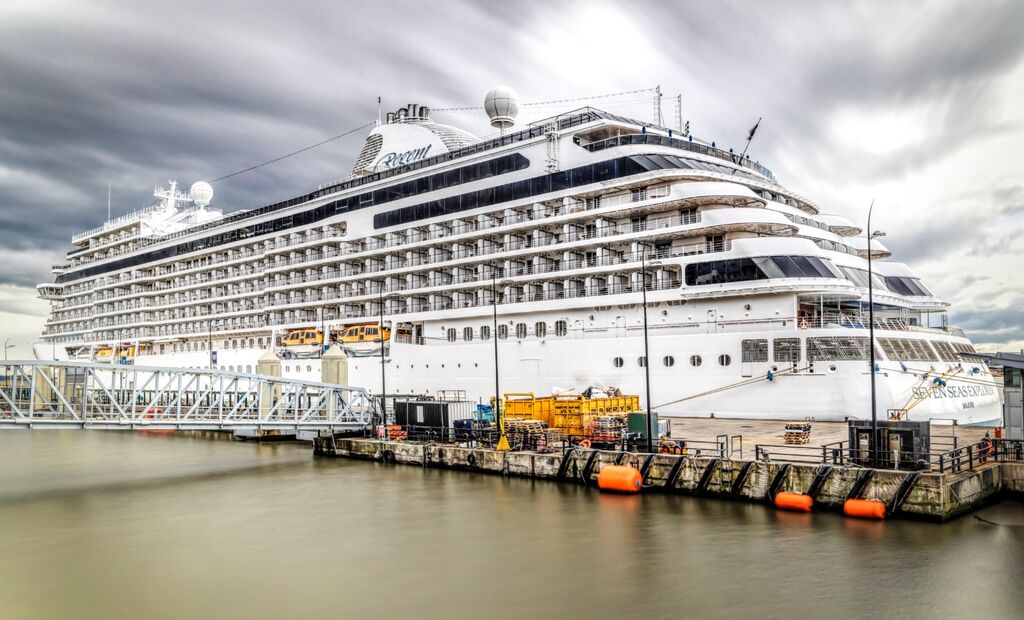 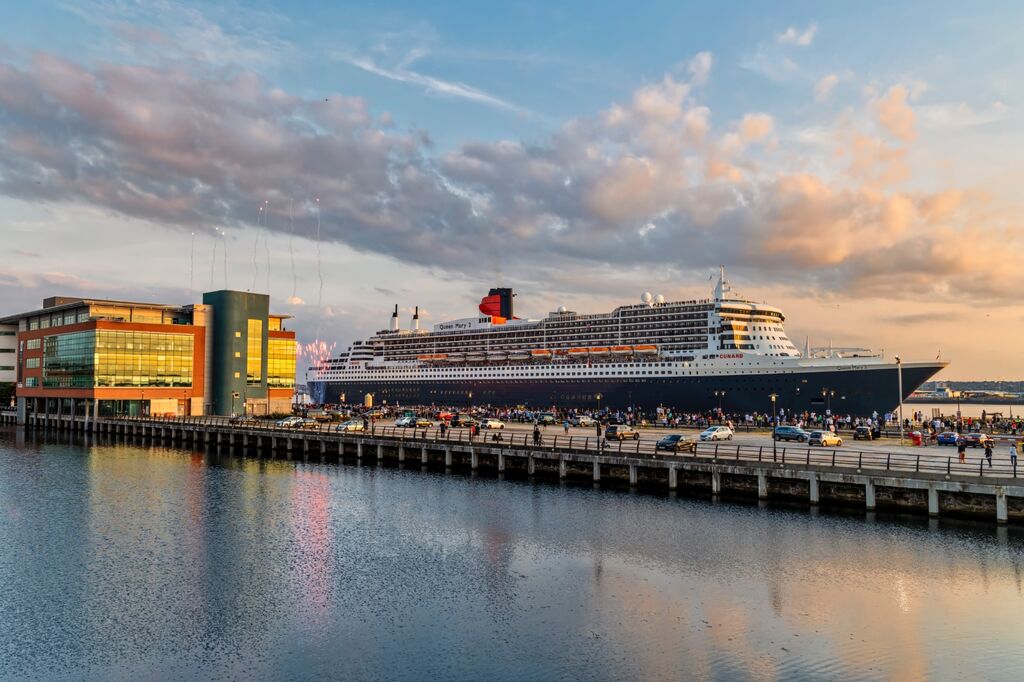 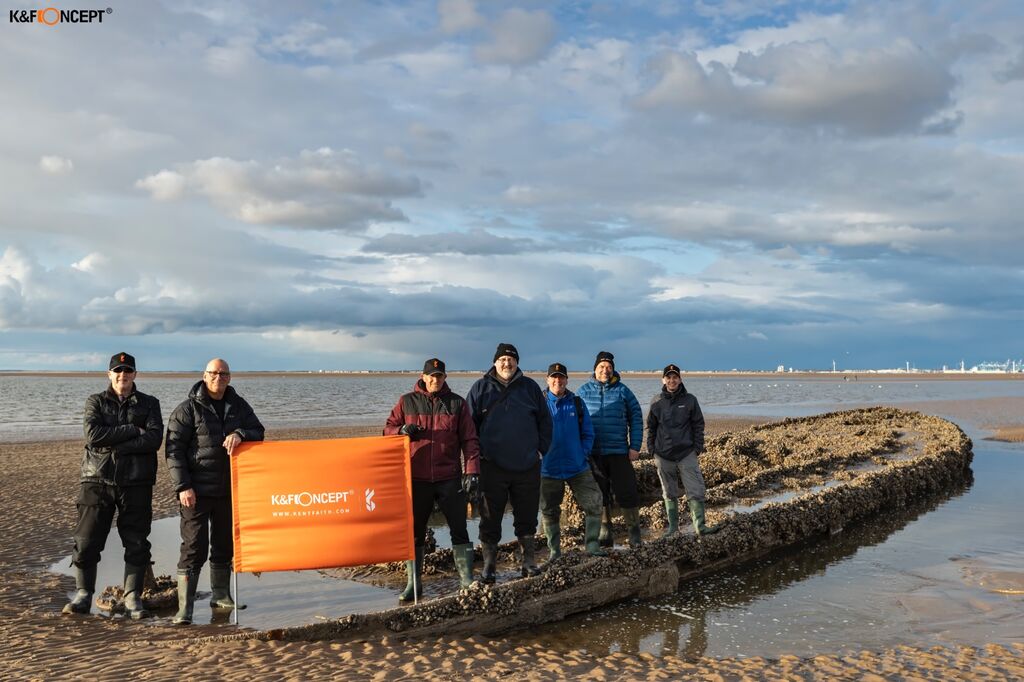 The rusted remains of SS Denham serves as a memorial to a terrible accident that killed all but one of her crew, almost a year after the World War 2 ended.

In 1946, the 103-ton survey vessel struck a German mine that was still hidden in the waters off New Brighton, Merseyside, despite the bay having been swept for such devices.

The devastating explosion tore the vessel apart on impact, killing eight members of the crew and left only one survivor who was thrown unconscious into the water by the force of the blast.

The boat had left Liverpool landing stage between 8am and 8.30am on the morning of July 18 to make a survey in Liverpool Bay and was returning to the city between 1pm and 2pm when the tragedy happened. 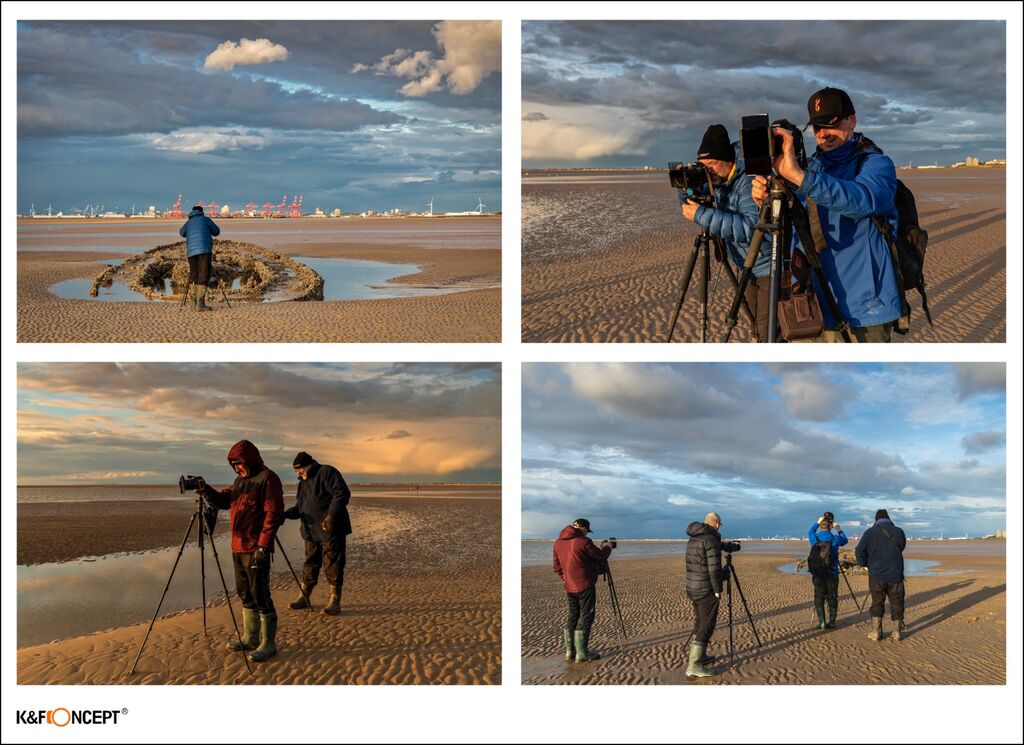 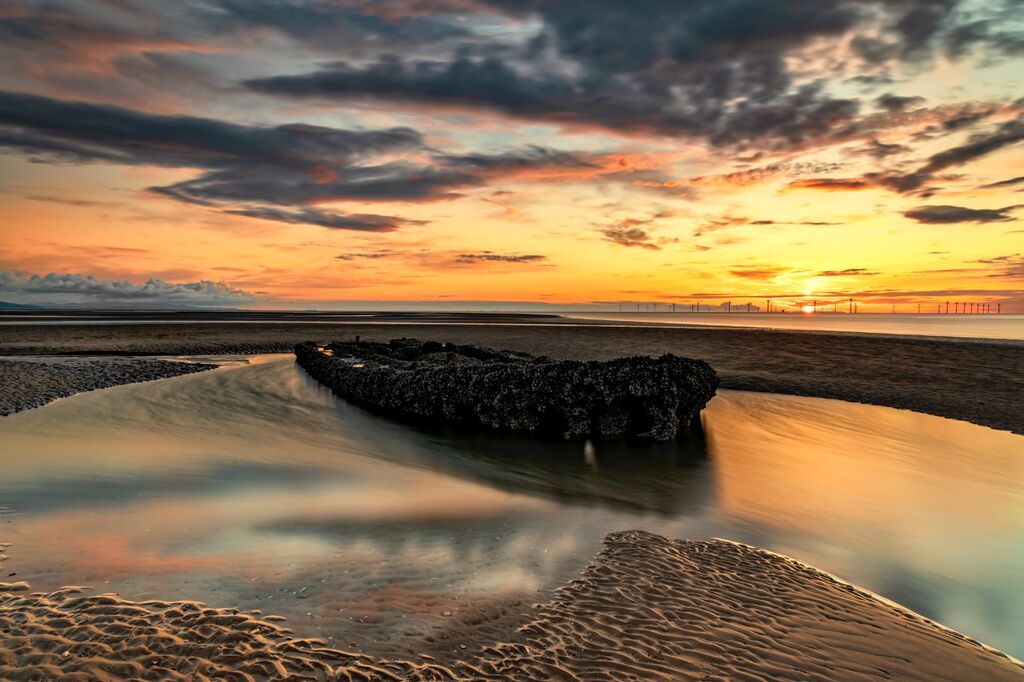 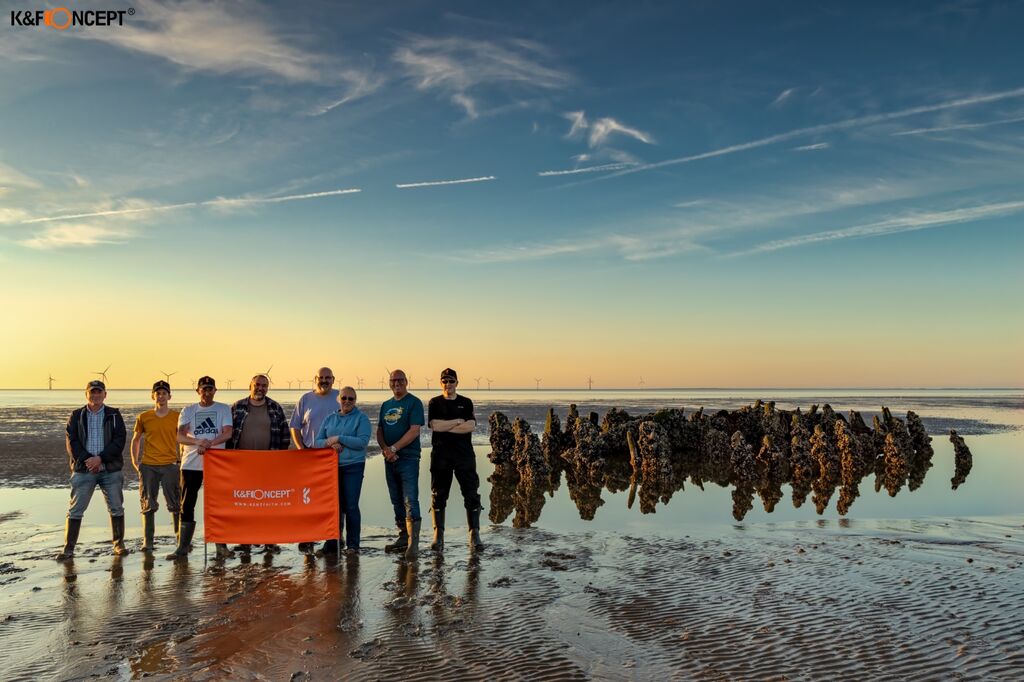 Hoylake Beach Wreck (Taken on the May 2021 workshop)

This wreck, which lies about a mile off the Hoylake Lifeboat Station, started to appear as the East Hoyle Bank level receded in the last decade. It lies approximately ENE-WSW and is about 90 ft long. It lies in a scour pool and parts stick about 3 ft above the surrounding sand. Some of the wood has quite ornate carving. It is several metres above CD [seabed 3.1m and top of wreck about 4m] - so accessible on foot at low water [take care of muddy patches]. The wreck site has been marked by small plastic buoys by the Hoylake LB team. 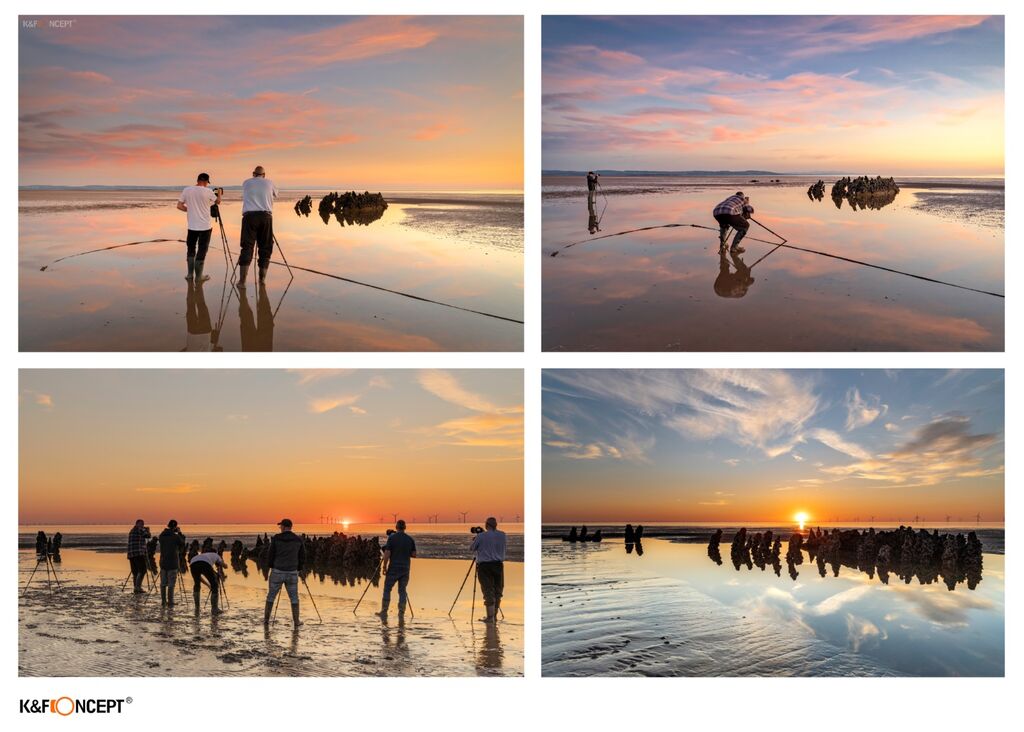 (This location tested our photographers to the extreme) 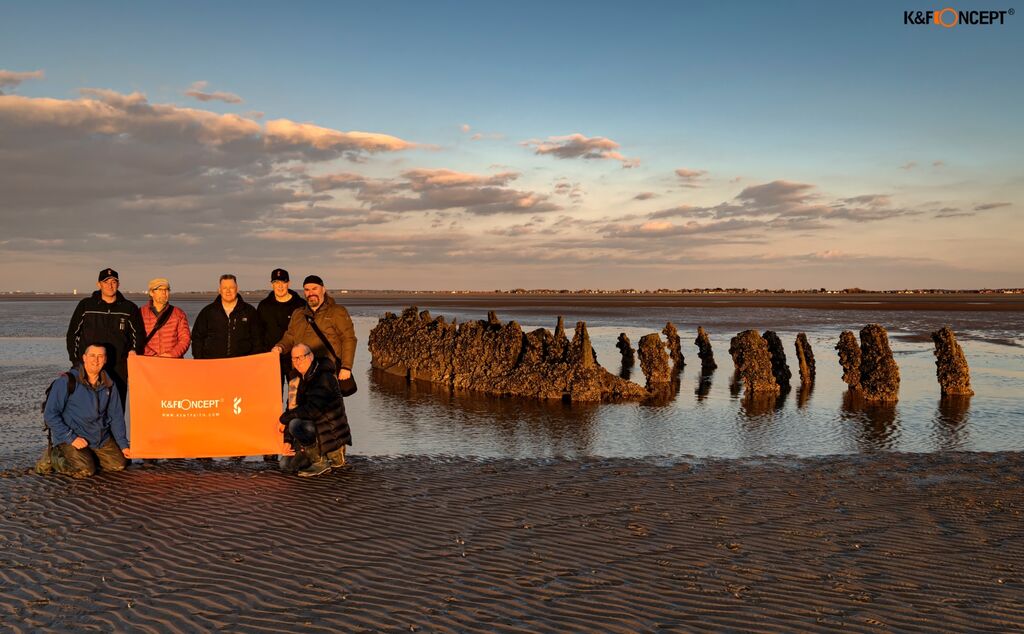 This was my first K&F Concept Workshop at this venue, it takes careful planning so it coincides with the tide and sunset, its a mile out at sea so I have to get it right for the safety of all who attend, the tide height has to be around 1.5 met at its lowest and they don't come very often, that's why I did two of these workshops in the space of a month. 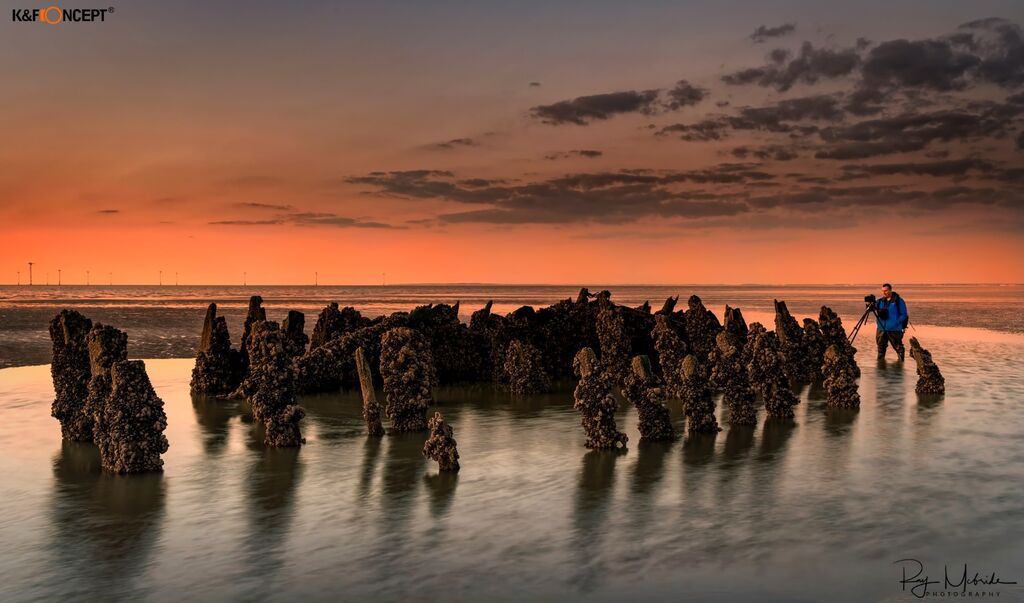 (Andy Young in at the deep end) 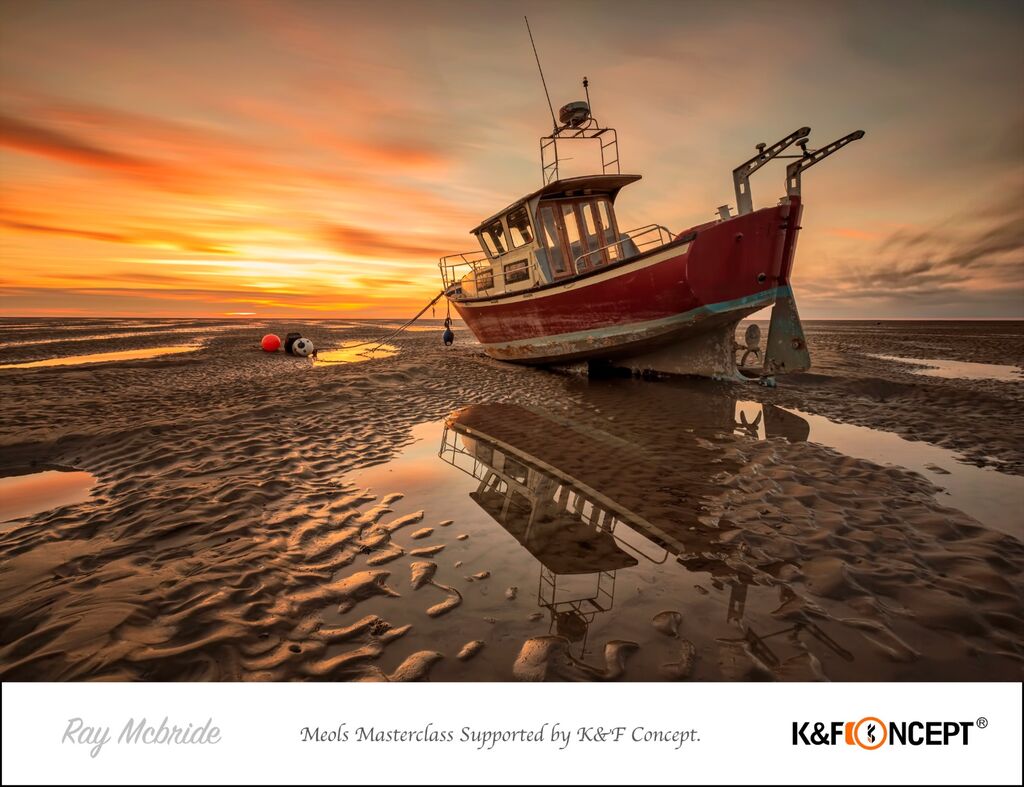 All the above workshops have been invite only, that's due to the government rules on the amount of people who can meet up, these were also people who contacted me asking could they attend the next available one. After this one we can get back to a bit more normality and have larger ones in different locations.
Previous
Next
Next
Previous